You are at:Home»Current in Noblesville»Noblesville Cover Stories»Be Prepared: Noblesville Girl Scout earns Medal of Honor for helping save father’s life

The Girl Scout motto is “Be prepared.”

In the 1947 “Girl Scout Handbook,” the motto was explained as, “A Girl Scout is ready to help out wherever she is needed. Willingness to serve is not enough; you must know how to do the job well, even in an emergency.” 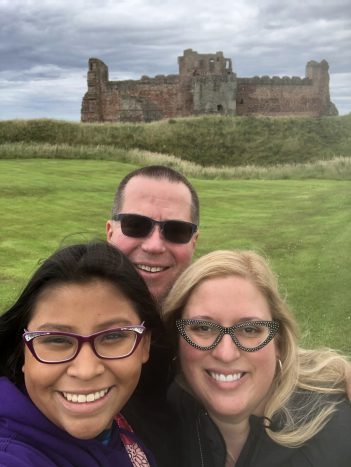 Gabby Chambers, left, with her father, Colin, and Stacy Chambers during trip to Scotland. (Submitted photo)

Gabby Chambers, a member of Noblesville Girl Scout Troop 757 and a sophomore at Noblesville High School, embodied the motto with quick thinking that helped save her father Colin Chambers’ life during a family vacation in the United Kingdom during the summer of 2019.

While doing research for another Girl Scout award, her father discovered there was a Medal of Honor for Bravery. He submitted an application to the Girl Scouts of Central Indiana, who forwarded it to the national organization for consideration. She recently received the rare award.

“When I received the award, it was a very bittersweet moment,” she said. “I felt very happy and proud to be bestowed the Medal of Honor, but I also felt sad because I received it for such a hard time in my life.”

Nearing the end of a planned 10-day vacation, Gabby and her parents were staying at an apartment in Wales when her father fell ill and lost consciousness.

“I helped gather his CPAP (continuous positive airway pressure) supplies and kept him safe by watching him and keeping him comfortable,” Gabby said. “I was on the lookout for the ambulance and alerted my mother when the ambulance arrived. I kept my mother calm while she was on the phone with emergency services. I kept my composure during the emergency. In addition, it was our day to check out of the apartment. I gathered all of our belongings together, so during the chaos we didn’t leave any important items behind.”

The doctors put her father in a medically induced coma for a week. 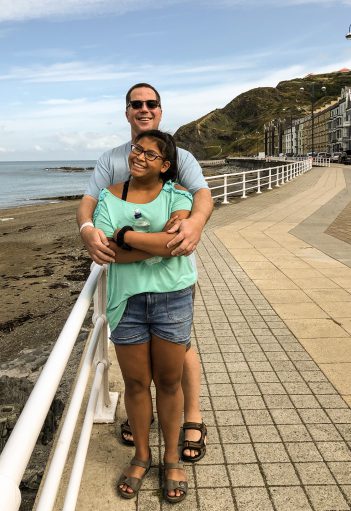 Gabby Chambers and her father, Colin, on the shore in Wales after he was released from the hospital. (Submitted photo)

“After he woke up, he was in the hospital for about another two weeks,” Gabby said “Luckily, they were able to treat him and save his life.”

Colin didn’t want to discuss what caused the hospitalization but wanted to focus on his daughter’s actions.

Gabby missed the first two weeks of her freshman year while her father recovered.

“We were unable to leave because my father had to go through rehabilitation until he was strong enough to leave the hospital,” she said.

“She kept me from panicking by having such a great calmness and command,” Stacy said. “Gabby’s actions allowed me to focus on getting assistance from emergency services while she kept her father safe, gathered our belongings together and helped to flag down the ambulance to our apartment. Since we were in the United Kingdom, I was unfamiliar with how to even reach emergency services. Instead of dialing 911, they call 999, which I had to figure out while navigating on my cellphone. The hospital was less than five minutes away but took an hour to reach us. The ambulance covered a 3-hour radius from the hospital. I was unaware of how long it would take to arrive, which felt like an eternity.

“The apartment building shared the same address with multiple buildings, which made it more difficult to locate. It was mentally chaotic and upsetting, to say the least. Gabby’s actions also saved me.”

Stacy said she and her husband are incredibly proud of Gabby’s response.

“She helped tremendously and demonstrated a great deal of maturity under extreme duress,” Stacy said. “Gabby was such a source of strength and clarity. We are beyond proud of her bravery. I look up to her and love her very much.” 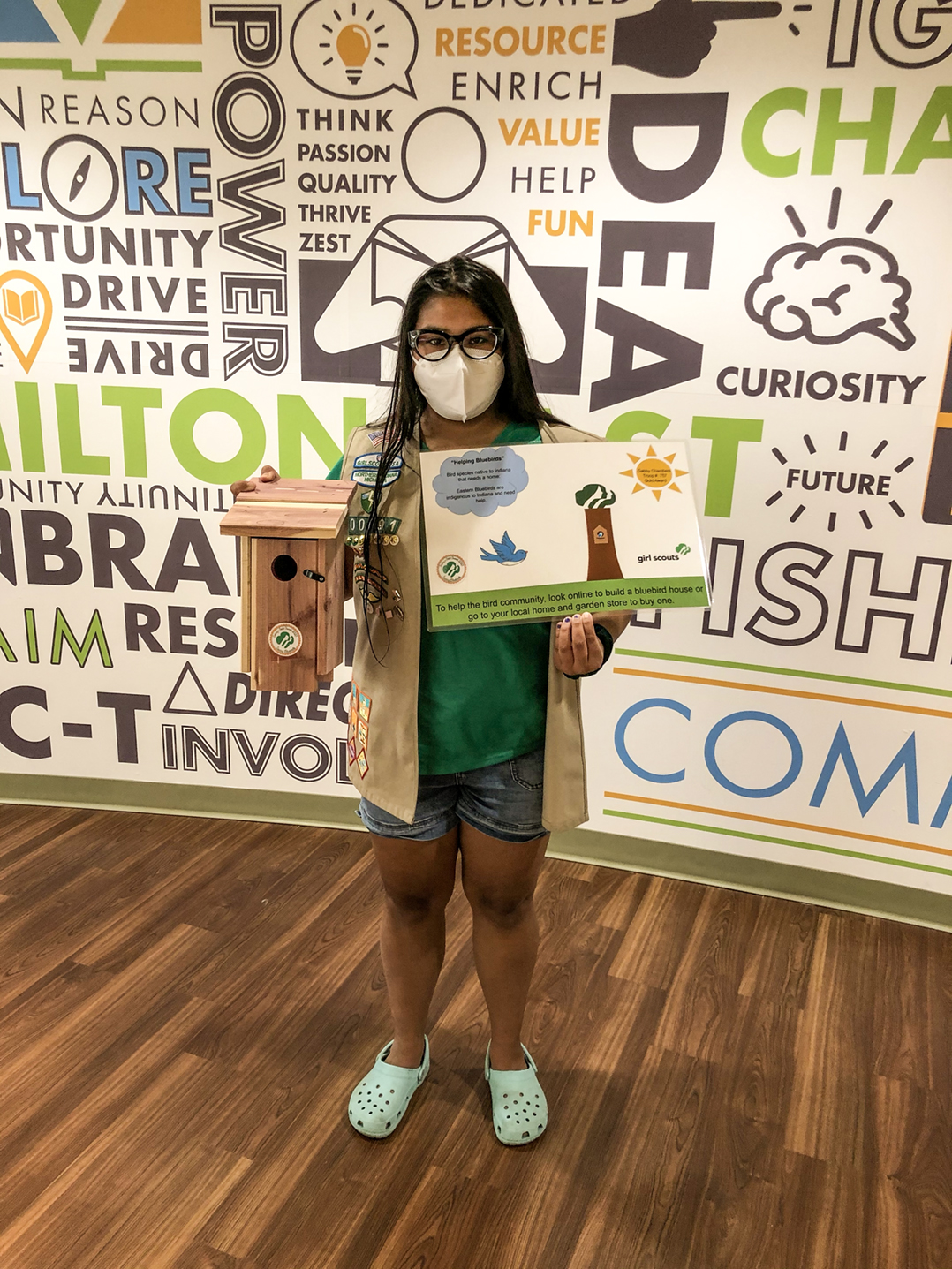 Gabby Chambers earned the Girl Scout Gold Award in October 2020 for her project, “Helping Bluebirds.” The Gold Award is the equivalent to the Eagle Scout Award for Boy Scouts.

Gabby, who wants to be a veterinarian, enjoys watching eastern bluebirds. She said predators threaten their existence, so she wanted to install more bluebird houses to help.

Her goal was to raise $800, and she raised approximately $835. She had planned on building her own bluebird houses. 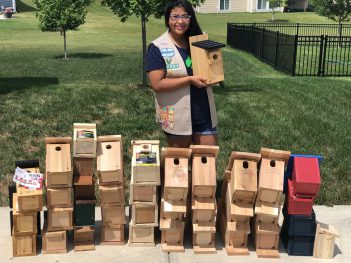 She donated two pairs of binoculars and a poster to Cool Creek Nature Center in Westfield and she gave Hamilton East Public Library in Noblesville a poster and birdhouse to display in its children’s section.

“With the remaining funds, I donated money to the Indiana Audubon Society and Providence Wildlife Rehabilitation,” she said. “Despite obstacles, such as the pandemic, I exceeded all of my goals.”