The Westfield City Council Finance Committee met for its monthly meeting March 1. None of the following matters were voted on, rather they were only discussed.

Discussion about a conflict of interest with Taft Stettinius & Hollister

Council member Joe Edwards expressed concern that there may be a conflict of interest with the Taft Stettinius & Hollister law firm. The firm serves as the city’s attorney, and it also is one of three appointees conducting a city-wide investigation of all departments’ finances. The investigation was ordered by Mayor Andy Cook in September. 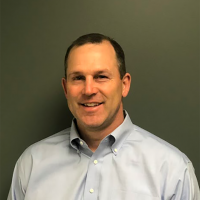 Taft Stettinius & Hollister partner Manny Herceg spoke in defense of the firm, claiming that Hamilton County Superior Court 2 Judge Jonathan Brown ruled that there was no conflict of interest, however that ruling was specific to the ongoing legal case between Mayor Andy Cook and Clerk-Treasurer Cindy Gossard, where Taft Stettinius & Hollister is representing Cook. However, neither Edwards nor Patton were expressing concern about that specific case, rather they are worried there’s a conflict of interest between Taft serving as an appointee on the citywide investigation while also serving as the city’s legal counsel.

Current Publishing reached out to Taft Stettinius & Hollister for a comment but was unsuccessful in reaching them.

The committee discussed the public-private partnership with Old Town and the construction of a parking garage in downtown Westfield.

“Historically, you’ll find in development that everybody wants a parking garage but nobody wants to pay for it,” Westfield Chief of Staff Todd Burtron said.

The city plans to use tax increment finance dollars to fund the garage because Burtron said Old Town won’t construct a garage solely with their own dollars.

Currently, the city receives limited tax dollars from the parcels where the parking garage is proposed to be built. Burtron said that although the city would have a debt obligation by constructing the parking garage, it would be able to pay for the bond with the TIF dollars.

Patton explained that his biggest concern wasn’t necessarily the financing of the garage but the ongoing maintenance costs. Burtron said that Old Town plans to charge its tenants for the garage spaces and maintenance is covered with that revenue.

The committee reviewed the Grand Junction costs and bids

Patton said he wanted to make sure the city doesn’t repeat history in the Grand Junction Plaza development, in which the city originally approved a budget of approximately $32 million for the plaza but final construction costs put the price tag much higher. Then, $11 million in changes had to be completed through a value engineering process to lower the project’s cost.

Patton wanted to discuss the procedures and processes the city went through to acquire those bids to ensure that a $10 million to $12 million cost overrun doesn’t happen again as it did with the Grand Junction development. Patton and council member Scott Frei both asked the city why the council wasn’t approached with the new budget request for the project and Burtron said asking for an additional $18 million for the Grand Junction development would go over “like a lead balloon.”

Both parties agreed that more conversation in the future is needed regarding projects in which the price tag exceeds the agreed-upon budget.

To view the meeting or its agenda, visit westfield.in.gov.