Kristin Haseley knew little about automotive maintenance when she took a job at Jiffy Lube.

Haseley was just seeking to get back on her feet after an alcohol rehabilitation stint. She reached out to Jiffy Lube of Indiana owner and family friend Steve Sanner, as she grew up playing soccer with Sanner’s daughter, Kate. A 2010 Zionsville Community High School graduate, Haseley was a goalkeeper for the IUPUI women’s soccer team. 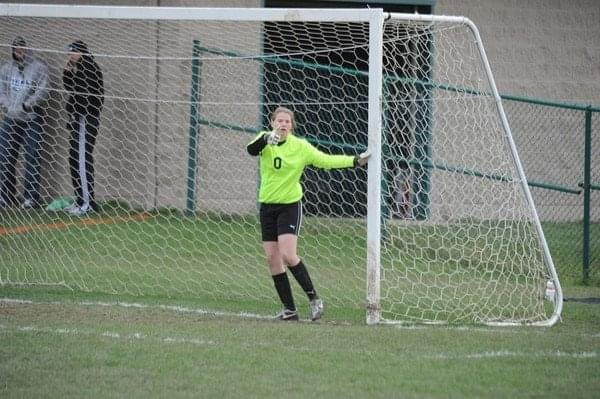 “I was looking for a basic 9-to-5 job and (Sanner) said, ‘Come on to work for us,’” Haseley said. “For the first six months I worked at Jiffy Lube, all I did was vacuum floors and clean windows. I was paying attention to what was going on around me. I was learning everything at one of the busiest locations off Keystone Avenue in Indianapolis.”

She started in October 2019. The Zionsville resident has now progressed to assistant general manager at the Jiffy Lube store, 7619 E. 96th St., Indianapolis, just below the Fishers city line. Haseley is one of nearly 30 women in a management position at Jiffy Lube of Indiana, a notable achievement in the male-dominated profession. March 8 was International Women’s Day.

Haseley has been sober since December 2019, her longest period of sobriety since her alcohol issues started after college. She had one small relapse after starting at Jiffy Lube.

A huge part of her recovery has been the stability of the Jiffy Lube job, she said.

Haseley’s issues with alcohol begin after taking an assistant soccer coaching job at a prep school academy in Minnesota after graduating from IUPUI in 2014.

“I was abused in that position and suffered from PTSD,” said Haseley, who left after eight months. “It was verbal, emotional and at one point it did escalate to physical (abuse). I had no issues with drinking before that. I started self-medicating. It was a journey from there. I was in and out of sobriety for four or five years. I’m proud of myself to be where I am now.”

Haseley, who previously worked as an account specialist in trucking for Enterprise and as an addictions counselor in South Bend, said the family atmosphere at Jiffy Lube has helped, as has the company’s Growing People Through Work initiative, which is designed to encourage more women to work in the field.

“I’ve been in jobs where I had woken up every morning with anxiety to go into the job, so to have a stable place when I was early on in my sobriety was so important,” Haseley said. “There were times I was tight on rent, and Jiffy Lube has this amazing program called Jiffy Lube Cares program.”

Haseley asked for $500 in advance to pay rent, and Jiffy Lube took $40 a week out of her paycheck to pay it off with no interest.

“There’s little things like that (that) are indicative of the Sanners in general, which doesn’t surprise me knowing them personally,” Haseley said. 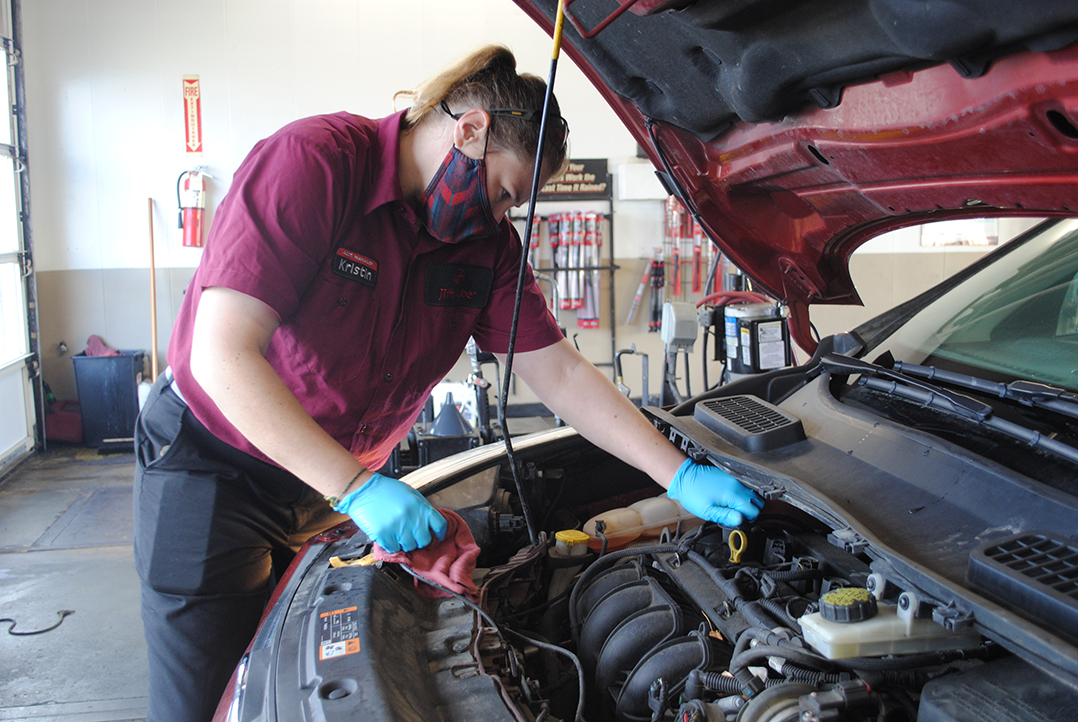 Growing in the industry

When Kristin Haseley first began working at Jiffy Lube, she didn’t have any automotive knowledge. Now, she can change oil in 10 minutes by herself.

She had to learn how to do other duties, such as changing filters and wiper blades.

Haseley said her co-workers, mostly male, have been patient.

“They’ve been understanding,” she said. “They’ve been willing to teach me. I haven’t felt being treated differently.”

As assistant general manager, she is involved with inventory and staffing.

“I’ve been able to help with training from coaching and being on teams most of my life,” she said. “I’m pretty decent knowing this is going to work with this kid, this might not work as well with that kid.”