The author will be J. Ryan Stradal, whose second novel, “The Lager Queen of Minnesota,” came out in hardback in 2019 and paperback in 2020. 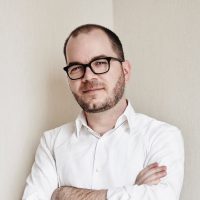 Stradal will appear through Facebook Live at 7 p.m. May 13, and Books & Brews Carmel is brewing a special tap beer called The Lager Queen to mark the occasion. Patrons can bring their laptops or device to Books & Brews to watch the livestream and enjoy a pint of beer or take a growler home to watch.

Stradal will give a description of what inspired the characters and take questions.

“For starters, I was raised in a family where a lot of people didn’t like beer,” said Stradal, who grew up in Hastings, Minn., and now lives in Los Angeles. “My grandmother, Doris, in particular, who is the inspiration for my character, Edith, (didn’t like beer).”

Edith, who hated beer her whole life, ends up working in a brewery to help her granddaughter, a craft brewer.

“I wanted to tell the story of beer in the upper Midwest but also tell the story of how families change and evolve over time,” Stradal said. “Particularly like the family in the book and mine, where there were disputes on unfairly divided farmland. It was something that caused great disturbances on both sides of my family. In the story, the farm is given to one sibling and the other sibling gets nothing.”

A craft beer enthusiast, Stradal said he became even more passionate about it while researching the book.

“When I was touring for my first novel throughout the Midwest, I ended up in a lot of small towns doing library events or independent bookstore events,” said Stradal, whose first novel was “Kitchens of the Great Midwest.”

Stradal would often visit the local brewery on those trips. He learned the prevalence of local breweries in the Great Lakes region had reached the same numbers as 130 years ago.

“Now we’ve come back to the home brewery that is prevalent in Central Europe and had been once upon a time in America, but is now coming back,” Stradal said.

Prior to the start of the COVID-19 pandemic in March 2020, Stradal made several appearances at breweries with the book.

“Some breweries made beers especially for the event,” he said.

During the past year, he has done some virtual events with breweries as well.

After his first novel was published in 2015, Stradal became a full-time writer. He previously worked in television for several networks in story editing and producing.