Indianapolis Opera will present a different version of the classic “Madame Butterfly” when it performs at the Indianapolis Zoo’s Bicentennial Pavilion for the first time.

“It will be more of a concert production,” principal guest conductor Alfred Savia said. “There will be more emphasis on the music and less on the staging. The main thing is the audience is going to get to hear the incredible music of (Giacomo) Puccini.”

“The biggest challenge is keeping some distancing because we are going to do this without masks,” said Savia, noting that the entire cast has had a COVID-19 vaccine and expects most of the orchestra will be vaccinated by the time the performances are held.

“It’s a small orchestra, about 23 or 24, and we’re spreading them out,” Savia said. “But it’s a bigger orchestra than we had in the fall.”

Savia said the acoustics at the Zoo are surprisingly good.

“We have to do some amplification because some of the seats are back farther,” Savia said.

Indianapolis Opera previously held a production of “Madame Butterfly” Nov. 1, 2020 at the Basile Opera Center in Indianapolis. The cast was shrunk because of the COVID-19 pandemic and only resident artists were used.

“This is going to be quite different because the one in the fall, we eliminated the chorus,” Savia said. “We had one soprano join our resident artists. We made a lot of cuts to cut out some of the secondary characters. That’s opened up and we are doing all of Act 1.”

There will be eight cast members and 16 in the chorus. 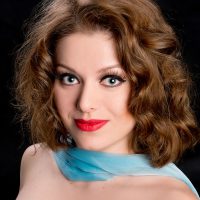 Savia said the resident artists who sang the lead roles in the fall production are playing secondary roles now.

Tenor Joseph McBrayer, a resident artist, is returning in the role of Goro.

“We are still making cuts in Acts II and III just to keep that second and third act as one combined act, which is often done that way,” Savia said.

Savia said the show runs approximately 2 hours and 10 minutes, including an intermission. A normal production would run around 2 hours and 45 minutes.