In a statement released May 7, the Hamilton County Democratic Party acknowledged that Party Chair Dayna Colbert selected Crystal Neumann to fill a vacant Fishers City Council seat during an April 25 caucus because a quorum wasn’t present. 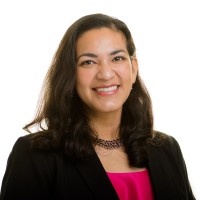 Consequently, a vote wasn’t taken to choose between Neumann and fellow candidate Chauna Leigh Holder. As permitted by Indiana statute, Colbert selected Neumann to represent the North Central District. The seat became vacant when Samantha Long resigned because her husband took a job in Nevada.

After the caucus, the party stated that the final vote tally was kept confidential, even though a vote wasn’t actually taken.

“As part of our continued efforts to improve transparency within our party and community, I would like to clarify the details of the appointment of Councilor Crystal Neumann and respond to a report that was published suggesting that the Hamilton County Democratic Party misrepresented the outcome of the caucus,” Colbert stated in a subsequent media release. “After reviewing the statement issued after the caucus, I have concluded that the language used in the statement did not meet the expectations of transparency I have set forth in leading our party forward.”

According to Colbert, after verifying which members were eligible to participate in the caucus with Hamilton County Election Administrator Beth Sheller, the Hamilton County Democrats reached out to the eligible committee members through certified mail, by phone and by email. But on the day of the caucus, not enough committee persons arrived to form a quorum, so Colbert selected Neumann.

A quorum is a majority of eligible voters, and the Hamilton County Democratic Party fell one person short.

“I was disappointed that the quorum didn’t wind up happening, but I know that life happens,” Neumann said. “I had a speech ready and had questions to answer and I was just ready to share my thoughts and my perspectives with everyone.”

Neumann still gave her speech and took questions from the precinct committeemen present. Then, instead of waiting for a caucus to decide, Colbert selected Neumann to fill the seat.

“(Colbert) was behind closed doors and I was talking to Chauna about our hopes for the City of Fishers, just a very casual conversation,” Neumann said. “When Dayna came out and made the announcement, I was still pretty shocked because I thought they were going to choose Chauna because she was another great candidate. But I was still very excited about the announcement and the chance to serve Fishers.”

“I regret that our previous statement did not live up to our own values and will continue to work to improve our communication as we move forward,” Colbert stated in the follow-up media release.  “I, together with the Hamilton County Democratic Party, welcome and expect to be held accountable by residents.”