You are at:Home»Current in Fishers»Fishers Community»Construction of Nickel Plate Trail tunnel begins in June

Construction on the Nickel Plate Trail Tunnel will begin June 1. The tunnel, a component of the city’s 2040 renovation plan, will be a pedestrian tunnel under 116th St. All local businesses will remain open, but the project will limit a stretch of 116th Street between Hague Road and Lantern Road to local traffic throughout the two-month project. 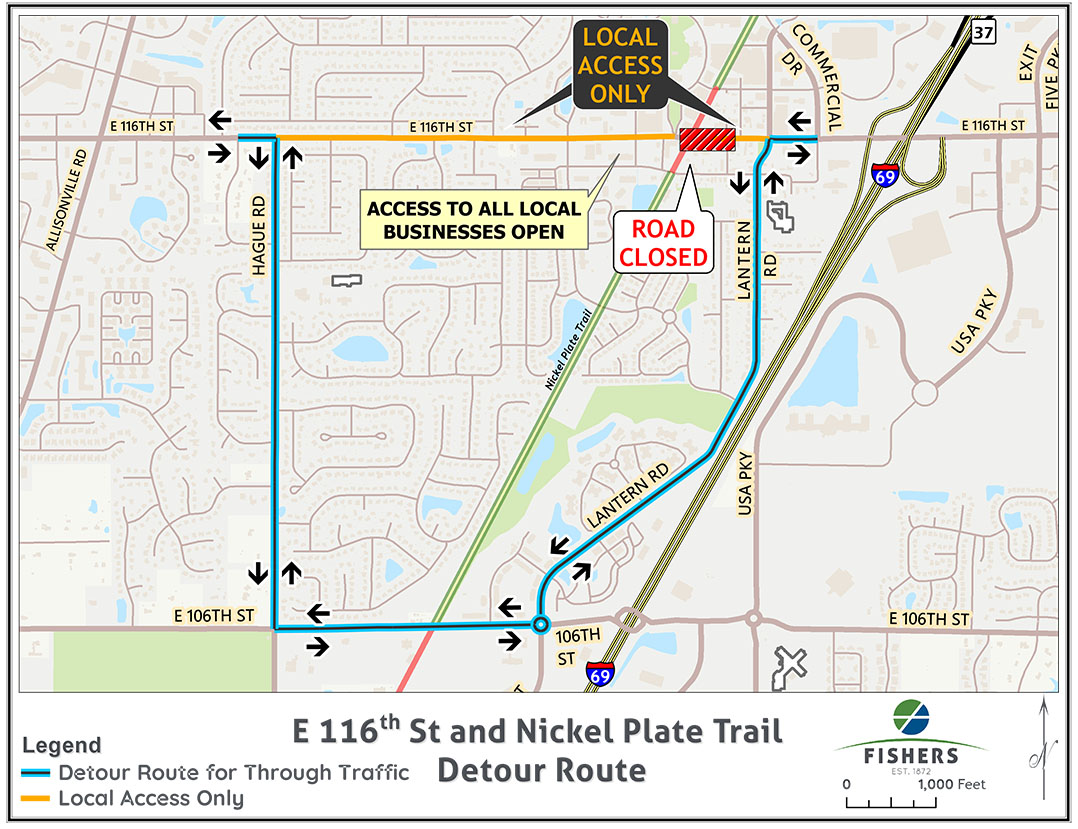 A media release states, “The tunnel will complete the trail connection through downtown Fishers, joining South Street and North Street, and establishing a full connection from 106th Street to 131st Street. In 2020, paving was completed on the portions of the trail between 131st Street and North Street, and South Street to 106th Street. These paved portions are now open for pedestrian and bicycle access. Motorized vehicles are prohibited. While the tunnel is under construction, a pedestrian detour route will provide access through downtown between the north and south sections of the trail.”

Updates on the project can be found at playfishers.com/NickelPlateTrail.