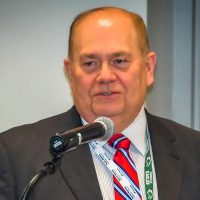 ZCS officials remembered Shafer at the district’s board of trustees meeting May 10, during which ZCS Supt. Scott Robison read the following farewell address to Shafer on behalf of the school district:

“Mike Shafer, CPA, was our steadfast colleague and friend in service to the ZCS school community. Mike provided superb fiscal guidance and counsel as ZCS thrived across his 23 years of excellence as chief financial officer during enrollment growth, multiple bondings and construction projects, economic strife, a legislative sea change in taxation/funding for the public schools, six ballot questions, and more. Mike Shafer was a knowledgeable and curious champion of doing right things and doing them right. He was obviously smart, but more than this, he was wise – and he was wily, shrewd and creative, too, all within the confines of his integrity and status as a consummate gentleman. Mike Shafer is sorely missed, and he shall not be forgotten.”

ZCS Board of Trustees President Debbie Ungar said Shafer was “well known as being the numbers guy.”

“But he only did that to do what was best for kids, always,” Ungar said. “When you told him kids needed something, he found a way to make it happen.”

In a letter sent to parents and ZCS staff, Robison wrote, “Mike is family to us, and this is a time of profound loss. However, those of us who knew him well express humble gratitude that we were afforded so much time with a wonderful human we respected greatly as our trusted and very much esteemed colleague.”