You are at:Home»Current in Fishers»Fishers Community»Fishers man in custody following May 5 gunfire incident

A Fishers man is in custody after allegedly discharging a firearm in the Flats at Fishers, 9588 Ambleside Dr., on the morning of May 5. 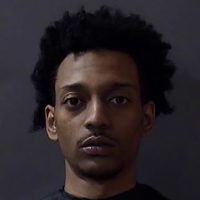 The suspect, Tyreik Buckner, 19, was arrested May 10 by the Fishers Police Dept. Detectives stated in the official report that Buckner allegedly “fired (a) gun during an argument with another man. The victim was not injured. The suspect was taken into custody and transported to the Hamilton County Jail without incident.”

Buckner faces four charges — three felonies and one misdemeanor. The felonies are attempted murder, attempted aggravated battery and criminal recklessness. The misdemeanor is criminal mischief. Buckner is being held in the Hamilton County Jail.