You are at:Home»Current in Zionsville»Zionsville Cover Stories»Returning to his roots: Former Retired Colts punter opens farm to central Indiana residents

After he retired from the NFL, former Indianapolis Colts punter Hunter Smith knew he wanted to find a new career to feel fulfilled in life. His solution was to return to his roots.

Smith played 10 seasons with the Colts and two years with Washington before retiring in 2010. Following his retirement, Smith, 43, and his wife, Jennifer, 44, returned to Indiana, where they are raising their four children. Meanwhile, Smith knew he needed to discover a new passion, something other than football.

“I started to really feel restless with life and trying to figure out what I was supposed to do and be, like (how) a lot of professional athletes have a hard time moving forward (after retirement),” said Smith, a member of the Colts 2007 Super Bowl championship team. “I knew that, and I knew it was a hard thing for a lot of guys, and I didn’t want to have that same issue, so I really searched long and hard.

“One of the things I knew I needed as an individual and as a father (was) to move back to my agricultural roots. Agriculture was the medium through which everything I learned growing up came and was taught, so I wanted that same thing for my kids.”

Smith was raised in Texas on a ranch, so he decided to search for a farm to build a home. His family wanted to live in Indiana because Jennifer’s family lives in Carmel, and he came to think of the state as home while playing for the Colts. An opportunity arose to purchase a farm at 2280 U.S. 421 in Zionsville, and Smith bought it. He named the land WonderTree Farm after an estimated 340-year-old sprawling tree on the property, and he has since sought to reconnect with nature. 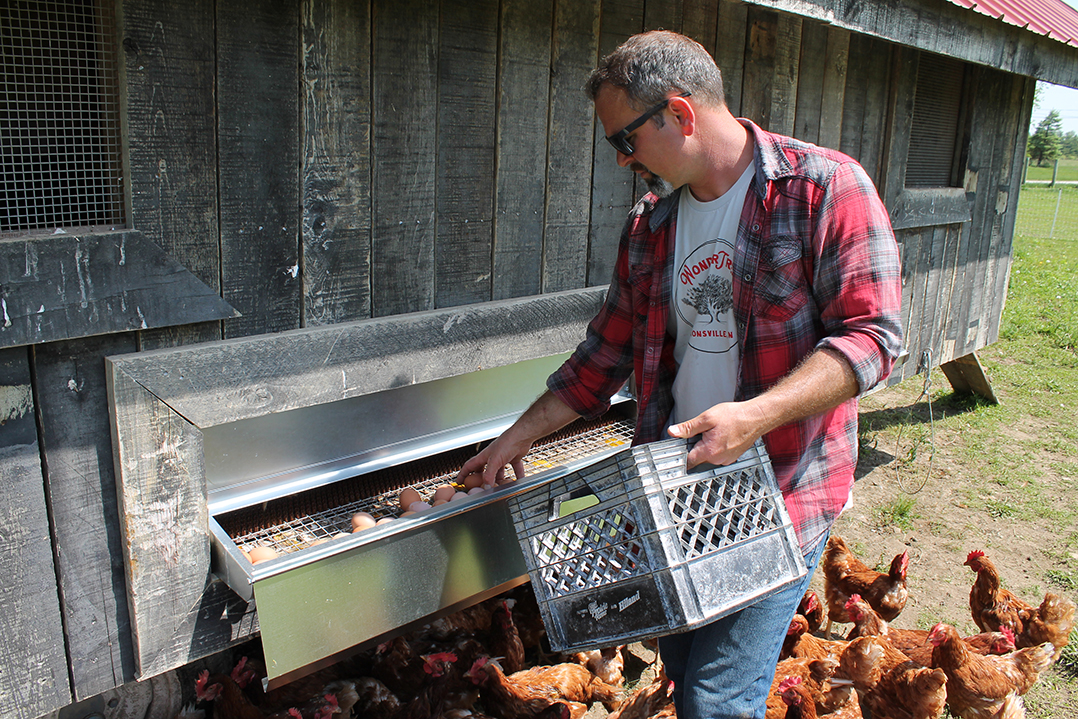 Hunter smith collects eggs on his farm May 20. (Photo by Jarred Meeks)

“We got some laying hens and started raising our own eggs, and that was really rewarding, and then we started selling those eggs to some people around us,” Smith said. “Then I started getting into the idea of pastured animals and this idea of what is now (called) regenerative farming. It’s actually just traditional, ecologically friendly farming.

“It’s the idea of using animals as a means to heal the earth. Animals, in a sense, are better for carbon sequestration and all of that than even plants can (be).”

Soon after acquiring the farm, Smith purchased grass-fed cattle, pastured chickens and laying hens. When he got into pastured pork, he began selling meat to central Indiana residents who were willing to come to the farm. Smith said there was no need to market the farm’s products because demand already was too high to meet.

“We opened up our doors and let people come out (to the farm),” Smith said. “That started with 20 people. The next week it was 50 people. Soon we were hosting several hundred people at our farm every Saturday, and we would run out of meat.”

Smith has envisioned WonderTree Farm to be truly local, whereby the only way to buy products is to visit the farm. No shipping. No deliveries.

By offering family farm products to central Indiana residents, Smith believes he is not only reconnecting families with nature but also replenishing the planet.

“We are trying to train another generation of agrarians to be givers to the Earth, to regenerate its resources and to live less violent lives toward it,” Smith said.

Smith believes the answer to problems such as climate change and pollution can be found by using farms like his, which are small but serve communities by reducing food-mile distances and feeding people more nutrient-dense foods.

WonderTree hosts farm days each Saturday, where all are welcome. Visitors are charged $10 for parking and given a $10 voucher for the farm’s barn, where it stores its food. Farm days at WonderTree feature horse and wagon rides, open pastures, and the chance to feed and pet a variety of animals. For more, visit wondertreefarm.com.

Maintaining a farm, raising animals, sweating under the morning sun as he cleans the barn – Smith sets his own hours. He’s doing something that is not just a passion, but something he feels is a duty, a way of life. WonderTree was a farm devoid of green spaces when he bought it. Now knee-high grass has replaced what was a crop field. Animals have restored the land to its natural state, and he feels at peace when he looks out at the property. And he has no plans of stopping. He aims to continue expanding his operation for years to come.

“Some athletes are 25 to 35 years old, and they retire,” Smith said. “They’re done. And they also move to places like Charlette or Florida where they plan to retire. That was never the plan. I never have wanted to retire, and I never want to retire. I want to farm, put in the work, and I want to be doing it on the day I die.” 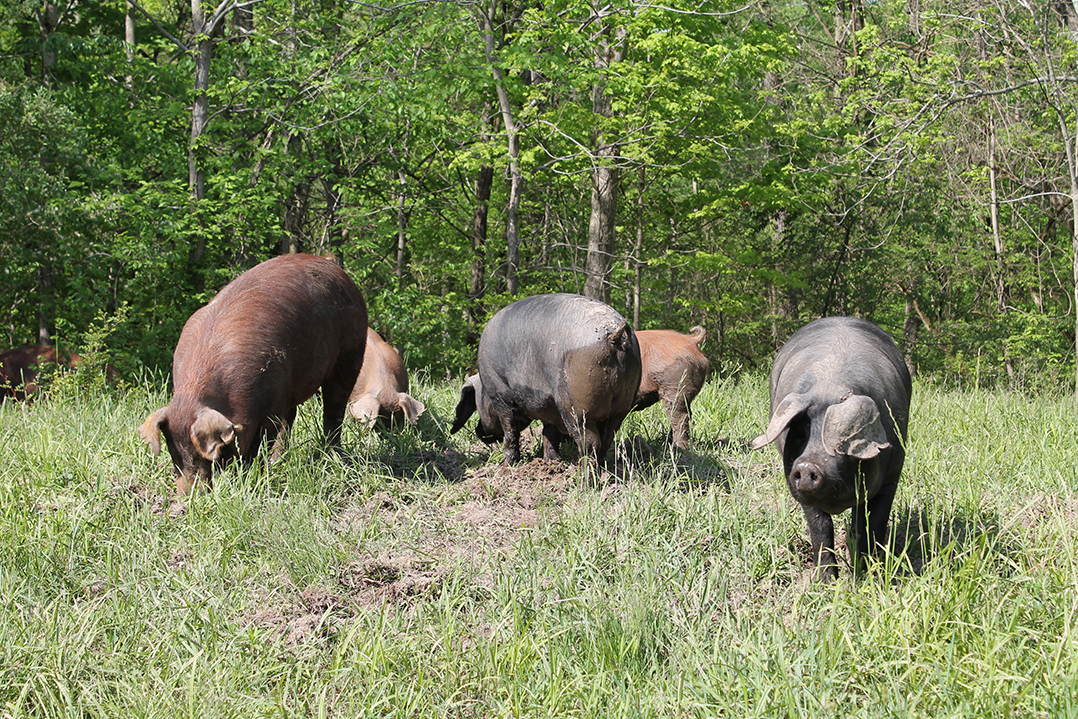 Hunter Smith, a friend of Jackson’s, saw potential in the idea and decided to introduce glamping at WonderTree Farm.

“He wanted to connect people to land, and I was in that same philosophical mindset,” Jackson said. “We just kind of married the two ideas.”

WonderTree Farm, thanks to Jackson’s contributions, has created a camping village that offers canvas bell tents, indoor and outdoor seating, memory foam beds and other amenities.

“Now, people can come out and stay at WonderTree,” Smith said. “That is something we added last October as a test to test the market, and it filled up so quickly it kind of made our heads spin.”

Glamping trips at the farm can be scheduled at wondertreefarm.com.