You are at:Home»Current in Zionsville»Zionsville Cover Stories»Positivity and inclusiveness: Local muralist aims to promote artists and their work in central Indiana

Indianapolis-based muralist Koda Witsken, 28, created the Abraham Lincoln mural that overlooks Lincoln Park in Zionsville, and now she wants to continue her goal of spreading art in central Indiana with a new mural on U.S. 421 and an upcoming art event that aims to give local artists a new platform for their work.

Witsken was commissioned by the Arts Council of Indianapolis, which partnered with Jiffy Lube of Indiana, to commission murals for Jiffy Lube locations in central Indiana. The program expands on the arts initiative started by Jiffy Lube in 2016, which placed murals on stores in Carmel and Broad Ripple. Jiffy Lube’s mission of “growing people through work” includes beautifying its stores’ corridors. 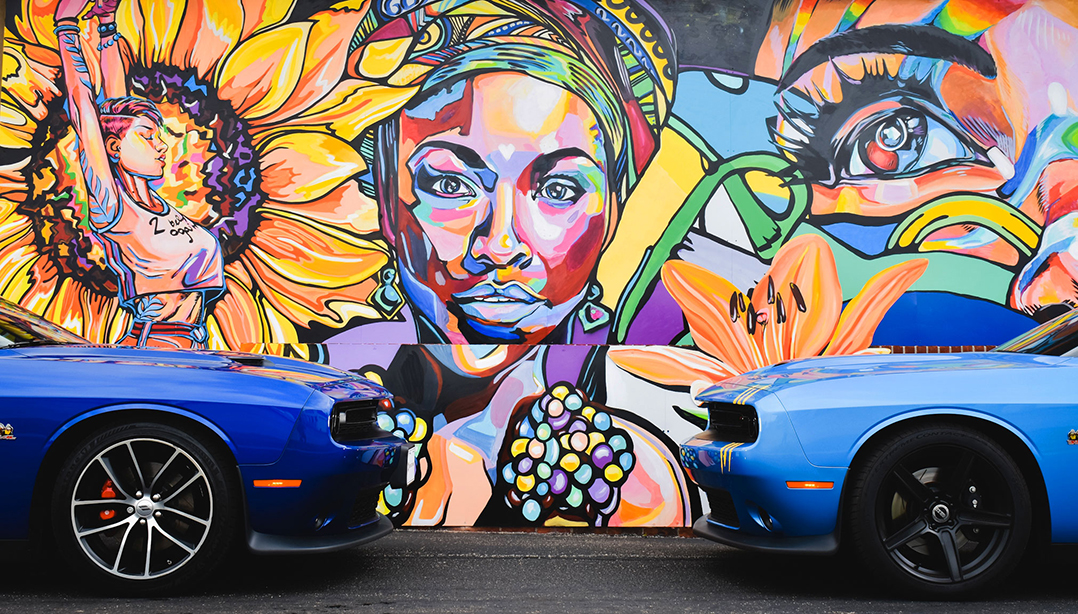 Koda Witsken created a mural on the side of the Jiffy Lube on U.S. 421 (Photos courtesy of Koda Witsken)

“As a muralist, you apply to that program, and they only pick so many each year,” Witsken said. “I was lucky enough to be selected a couple of years ago, but the (COVID-19) pandemic happened, so they paused it.”

Witsken’s mural, which is on the north side of the Jiffy Lube at 10390 N. Michigan Rd. in Carmel near the Zionsville border, was again greenlit this summer. Witsken completed the mural in two weeks.

“They said do whatever design you want as long as it’s positive and vibrant,” Witsken said.

Witsken proposed a design she said celebrates “positivity and inclusiveness.” She was inspired by the events that occurred between the time she was selected and when she was allowed to resume work on the mural — namely, the pandemic and nationwide protests following the death of George Floyd. The mural design also was inspired by the people of Carmel.

“Carmel is a whole melting pot of immigrants, doctors, Black, white, Hispanic, non-binary (people),” Witsken said. “There’s so many types of people there, and not all of them yet have gotten to be represented in public art so far, so we wanted to put a wall up that had some of those people on it. You will see a beautiful Black woman on it, front and center, (and) a nonbinary yoga figure as well as just symbols of positivity and inclusiveness. You’ve got some rainbow colors, a sunflower that always faces toward the light and things like that.”

Besides continuing her efforts as a muralist, Witsken, wants to lift up her fellow artists with a new event.

On Labor Day, Hue Murals, a mural business Witsken started in 2018 that centers on her work, and local car dealership Indy Auto Man will host the inaugural Indy Arts Fest. 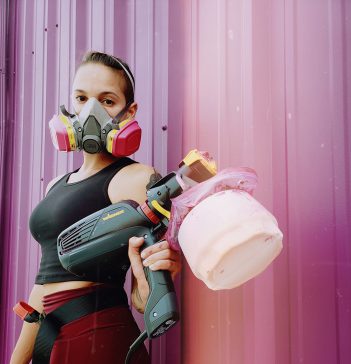 Witsken wanted to start a festival that specifically celebrated local artists in central Indiana. The event aims to provide a new platform for local artists and small businesses by allowing them to showcase their talents.

The festival will be from 11 a.m. to 7 p.m. Sept. 6 at Indy Auto Man’s new service building at 3130 Madison Ave. in Indianapolis. It will center around the creation of six 8-foot by 12-foot murals painted live during the event by local artists Dan “Handskillz” Thompson; Israel Solomon; Alexandria Hall; Becky Hochhalter; the team of Lisa Sears and Hannah Johnson; and Zionsville resident Julie Davis Veach.

“If you look at Indy artists and how they are paid, on average versus the U.S. population, No. 1, we actually have a lot more independent, self-employed artists per capita compared to most states,” Witsken said. “So, we have this well of creative talent we want to highlight, but that same talent is also paid less than half of the country’s average, so this festival was designed to give them as many fair-pay or retail opportunities as possible. They are getting paid up front. This isn’t just for exposure.”

Besides live mural paintings, the festival will feature more than 50 artists, live graffiti, dozens of makers and artist vendors, live music throughout the day, food trucks and more.

Witsken said art and festivals that celebrate it are important because it provides people with a way to connect.

“You don’t need language,” Witsken said. “You don’t need to be in the same space. You don’t really have to understand anything about each other than human emotion. If I get to create and bring people together in a positive way, specifically through public art — that’s my main passion — then my life is happy.” 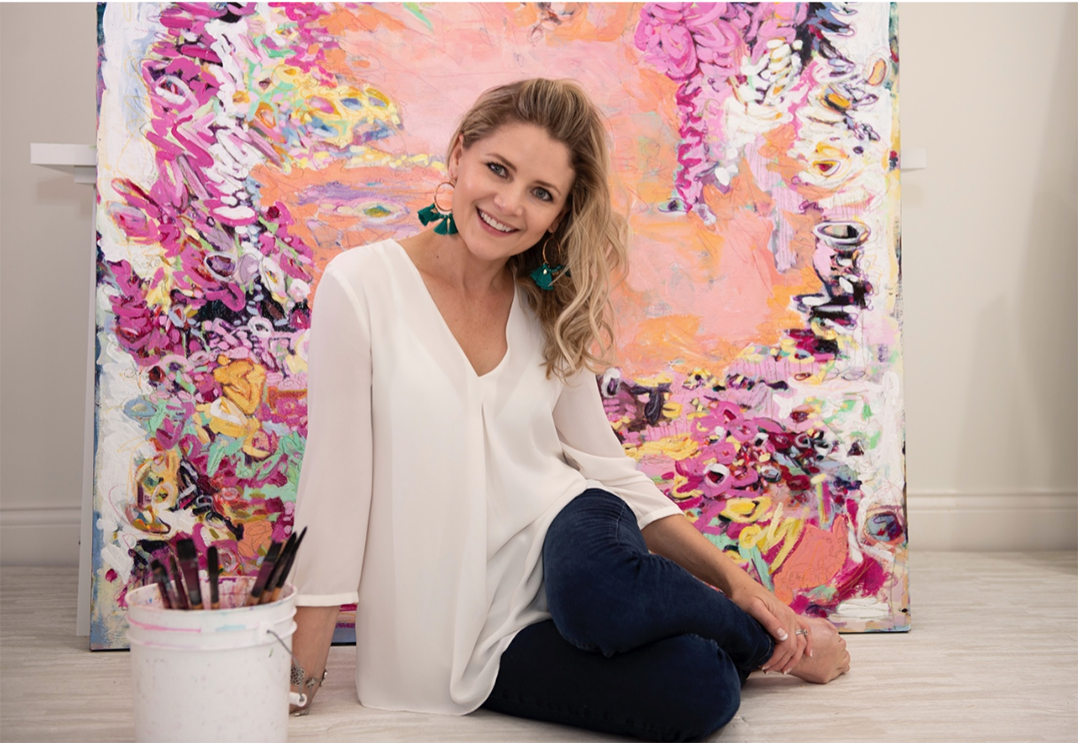 Zionsville resident Julie Davis Veach, 44, has a Bachelor of Fine Arts degree from the University of Mary Hardin-Baylor in Texas and a Master of Fine Arts from Academy of Art University in San Francisco, but not until recently was her love for fine art rekindled.

For 20 years, Davis Veach has worked as a graphic designer, but after experiencing personal tribulations such as depression, she wanted to find a way to reconnect with her passion. She attended Alt Summit, a conference in Palm Springs, Calif., for creatives, in March 2020, just before the start of the pandemic, where she was re-inspired to focus on fine art.

Davis Veach had started Julie Davis Veach Fine Art and Design, which showcases her work, including her Little Blessings painting series, in 2019, and she began painting live during Zionsville’s Night on the Bricks events last summer. Recently, she was chosen to be one of the muralists who will create a mural live at Indy Arts Fest.

“It’s taken a while for me to connect with the creative community,” Davis Veach said. “Just being a mom with a young kid, you don’t have a lot of time to get out there and connect. This is me finally getting in alignment with what I’ve wanted to do for a very long time. (Indy Arts Fest) is a game-changer for me. It really does feel like it’s just the beginning for me.”