Mario Buoscio has to stretch his acting skills to play the Pirate King. 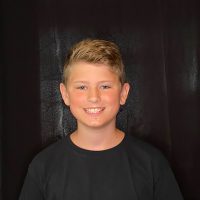 “I like to be able to get out of my comfort zone. However, being angry was challenging to me,” Buoscio said. “It’s fun to play something totally out of character. A challenge that I have had with being the Pirate King is having an evil and deep voice for the role because I normally play a nice character with my normal voice.”

Buoscio, a seventh-grader at Creekside Middle School in Carmel, plays the Pirate King in Christian Youth Theater Indianapolis’ production of “Pirates!” Oct. 1-3 at The Cat, 254 Veterans Way, Carmel. The comedy is a nonmusical adaptation of “The Pirates of Penzance.”

“This my ninth CYT production and it is one of my larger roles,” Buoscio said. “This was one of my favorites but not my favorite. My favorite was playing Chip in ‘Beauty and the Beast’ with CYT. I have been involved with Act One with the Civic Theatre, M3 Productions and my school musicals. I’m currently rehearsing for ‘Willy Wonka’ at Creekside. 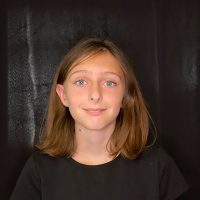 “This role has some very funny lines, and the show in general is really funny,” said James, who is in her seventh CYT production.

“They are both fun to be in, especially at CYT,” James said.

James’ favorite role in CYT was Grandpa Frank Miller in “Junie B. Jones is Not a Crook” in May.

Tickets are $15. For more, visit cytindy.org.