The Phantom has been a dream role of Logan Moore since he was a kid.

“But not this Phantom,” Moore said. 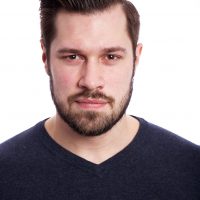 The Indianapolis resident was a fan of Andrew Lloyd Weber’s “Phantom of the Opera.”

“However, I have fallen in love with (Maury) Yeston’s ‘Phantom’ and the story of Erik, the Phantom,” Moore said. “The Phantom is more human in this version and actually has a story that gets to develop in the show. You get his backstory. You learn about his mother and father, why he lives in the catacombs underneath the opera house. There is also a beautiful number with Erik and his father at the end of the show that will make for no dry eyes in the house. Getting to know who Erik is and what he has gone through in his lifetime has been quite the undertaking, but what an actor dreams of being able to portray.

“Erik has easily become one of my favorite characters I have ever had the opportunity to play. It’s been amazing bring him to life and I’m having the best time.”

“What I have learned while sharing the stage with Richard White is that he unapologetically throws himself into whatever character he needs to become,” Moore said. “In the few scenes where I had to act opposite of him in ‘Man of La Mancha,’ I played Dr. Carrasco. He was all about the connection. He was very open to any suggestions I might have for how my character would react, how the pacing feels, and just agreeing on how our characters are connected in that particular moment.

“Richard showed that the connection was extremely important. I loved sharing the stage with him because I trusted him fully due to that connection.” 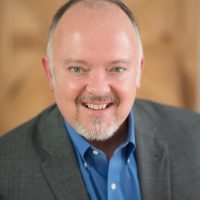 This time, Curry is plays Carrière, a role he has wanted to play since the first time he saw the show. It is a role Jack Dabdoub debuted in the world premiere with White. Curry got to know Dabdoub when working with him at a theater in Galveston, Texas. Curry also has worked with White.

“After working with both Jack and Richard, I have no problem imagining how absolutely beautiful that first production must have been,” Curry said. “Jack was the kindest, most talented and giving person I have ever had the pleasure to be in the company of, but sadly he took his final bow in this life (in 2014). I hope to deliver at least a quarter of the performance I know Jack delivered in that maiden production.”