You are at:Home»Current in Fishers»Fishers Community»Park impact fees could more than double in Fishers with new proposal 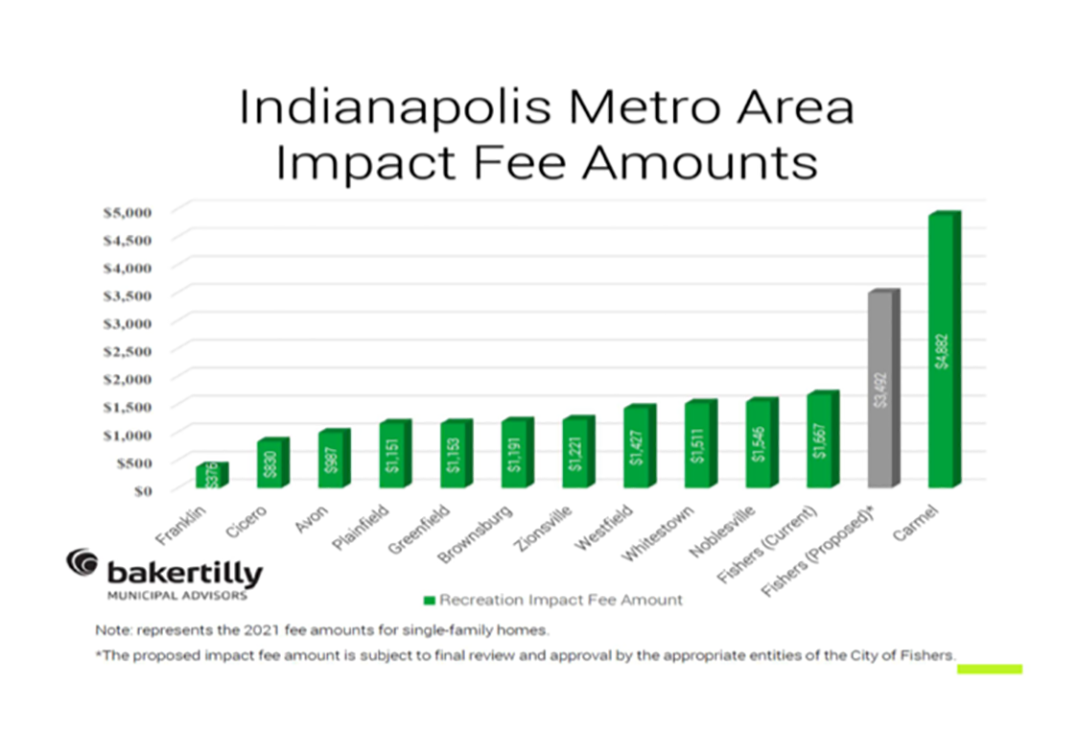 Developers looking to build in Fishers could see a sharp increase in park impact fees if the updated proposal is approved by the Fishers City Council.

Fishers Parks and Recreation Dept. Director Sarah Sandquist will present the proposal to the Fishers Plan Commission Oct. 6, and the proposal is scheduled to be voted on by the Fishers City Council at its Oct. 11 meeting.

When updating the plan, the city looks at a 10-year outlook.

“It takes into a lot of factors,” Sandquist said about the proposal.

The fees are calculated based on population, assessed land value and projected assessed land value, current level of service with amenities, desired amenities and more. Only new developments will be impacted by the updated fees, and the developers pay those fees. There are no fees charged to Fishers residents.

Sandquist said since the study is only done once every five years, it’s not uncommon for the fees to increase. However, said the city’s fees in the past have never risen quite as sharply as they did this year.

“There are a couple of factors at play that influenced this increase,” Sandquist said.  “One primarily being our city is almost completely built out and our population has risen rapidly over the last 30 years. Our assessed land value is rather high. We’ve increased our level of service – we plan to build a community center, we want to keep up with the trends and best practices across the country, and one of the things we increased significantly was our trail ratio.”

Park impact fees can only be used for the amenities listed in the document, such as gazebos, shelters, athletic fields, tennis courts, basketball courts, trails, parking spaces, pickleball courts and more.

Sandquist said the city has reviewed the park impact fee draft proposal with the Builders Association of Greater Indianapolis. Sandquist said she doubts the increased fee will lead to lost business in Fishers.

“Carmel updated their park impact fee plan in 2019 and theirs more than doubled,” she said. “Zionsville is going through the process right now and their proposed rate is also scheduled to sharply increase. It’s not uncommon to see this in other municipalities. We want to provide a high level of service for our residents.”
For more, visit fishers.in.us.