For two years, three Hoosier women hosted a podcast using fake names hoping to help others by telling their stories of spouses battling addiction, support groups and friendship that eased the burden of keeping their secret from others.

The women met in 2015 when Fishers resident Katie McHone-Jones and Westfield resident Jessica Miller-Bock’s husbands were admitted to Fairbanks, an Indianapolis provider of addiction treatment services. At a weekly family support group, McHone-Jones asked Miller-Bock if she wanted to grab dinner. At a meeting a few weeks later, they met Shannon Sullivan, of Indianapolis, and invited her to dinner, too.

“The initial dinner led to multiple meals together chatting about our lives, the decisions we were trying to make and helping each other move through them,” McHone-Jones said. “One day at one of these meetups during lunch, we realized how lucky we were to have a group of people who understood what it was like to be in a relationship with someone in recovery. This realization encouraged us to bring a microphone to these conversations and share them with anyone who needed to listen.”

So, the women created a podcast. Now, the podcast is called “Boy Problems” and is part of the Recovering Too website. The podcast initially was created to help others, but in looking back, Miller-Bock said starting the podcast and doing it anonymously gave her the space to process the things she’d experienced in a different way.

“It was the ultimate ‘letting go.’ I just put these truths out into the public, and they served a larger purpose, which took some of the weight of them off my heart,” she said. “While the podcast was anonymous, I was also still keeping this part of my life very private. No one outside of my recovering community or my closest family knew about my husband’s recovery.”

Miller-Bock met her husband, Casey, in 2012. They’d attended the same high school but reconnected a few years later after he returned from Iraq after serving in the military. The first night they hung out, he told her he was in a drug recovery program at the VA for a pill addiction he developed after returning from deployment.

“One of his best friends from the military committed suicide. Shortly after this, I noticed he was acting weird,” she said. “This led to finding out that he was using again. He went to the VA for treatment, and we postponed our wedding. There was a period of sobriety and we got married. Shortly after that, I found out about him using again. And this cycle of using for a few weeks and me finding out, followed by a longer period of sobriety, continued for a couple of years.”

McHone-Jones said she wasn’t aware of what was going on with her husband, Kemmon Jones, after they got married. She just knew she wasn’t happy.

“He was always sick and in a grumpy mood,” she said. “(I) didn’t know he was going through withdrawals and his immune system was shot. At the end, nothing was making sense. He just kept layering lie after lie on top of each other. Money was going missing, and he couldn’t explain where it was all going. I was so unhappy, but no one knew. I started to withdraw into myself and not going out and not talking to friends. I was very lonely.”

When Sullivan started dating her partner, Jay, he wasn’t using drugs at the time and was honest about his past struggles. She admitted she was “pretty naïve” about addiction, and she assumed it was all in the past. And, for the next few years, it seemed to be that way.

“Eventually, Jay started using again,” she said. “I did not learn about it for nearly eight months. During this time, things felt off, but I couldn’t put my finger on why. There always seemed to be an explanation for the weird things that were happening. I would often convince myself that things were all in my head or that I was being paranoid. When things started unravelling, Jay confessed what had been going on and was ready to get help. I remember feeling shocked and numb and clueless on where to turn for help.”

And it is help and hope the three women now aim to offer others going through a similar experience through “Boy Problems,” which is no longer anonymous, and Recovering Too.

“I felt that even if we could just help one person, all of the pain and awkwardness I was feeling would be worth it. I knew that if we went public, we could help so many more people,” McHone-Jones said. “Recovering Too was created to help others like we’ve been helped. There are not many other resources for families, so we think we can help fill that gap.”

The men are supportive of the trio’s efforts to help others.

“My husband, Casey, did know about the podcast from the beginning and was even a guest a few times,” Miller-Bock said. “He even helped us get new guests. He’s always been supportive of me sharing this story because he believes it helps me and others. Even when it’s been difficult to share, he’s always encouraged me to show up, which is the advice he gets from his recovery friends when it comes time for him to share in meetings.”

“Kemmon was always on board with me sharing my story, podcast and otherwise,” McHone-Jones said. “From the start, he always thought it was a great idea and loves that we have the opportunity to help others. He is such a fan of the podcast, and every Wednesday he is always one of the first listeners. It’s always so sweet when he texts me on Wednesday about all the things he loved about that episode.”

The journey from that first meal together to today has taught the women so much.

“What I’ve learned is that there is no ‘right’ or ‘wrong.’ I just need to do what I believe is best for me based on the information I have at the time,” Sullivan said. “There will always be people that don’t ‘get it,’ but the people who matter to me just want to see me happy.” 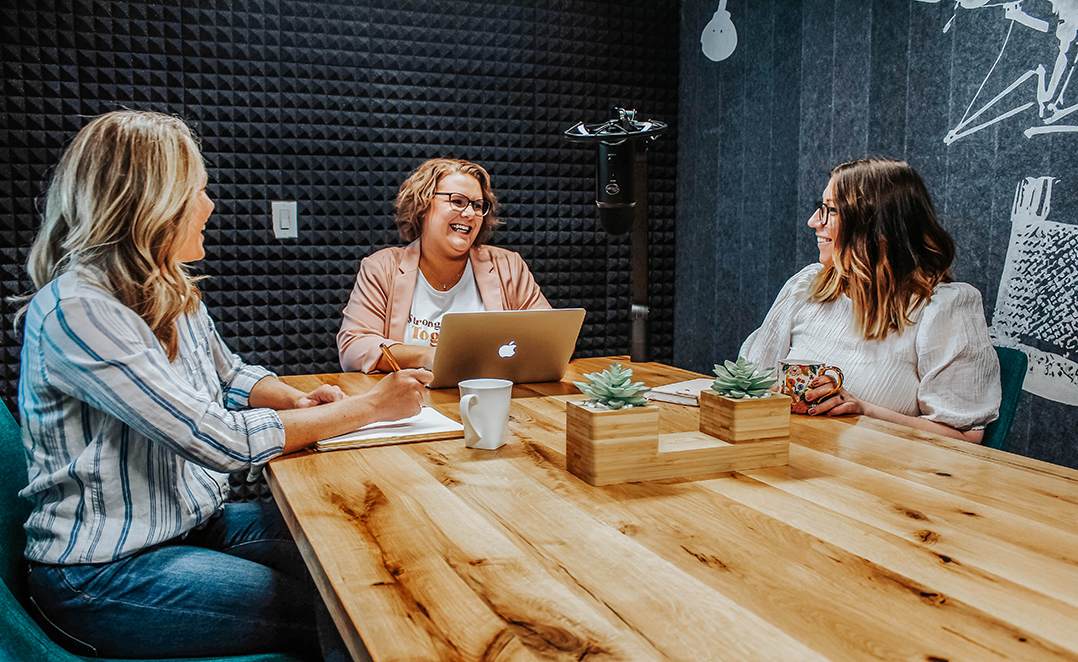 How the women’s partners are doing today

Katie McHone-Jones: “I’m happy to report (Kemmon) is doing awesome. If he doesn’t relapse, at the end of October he’ll be clean and sober for six years. He attends three meetings a week, has a sponsor and regularly connects with his recovering supports.”

Jessica Miller-Bock: “(Casey) is doing really great. He’s approaching two years of sobriety. He sees a therapist and has many friends in recovery that he connects with. He’s come a really long way in his ability to navigate emotional and life stresses in a healthy way. He’s an amazing partner in our marriage and an even better father to our 18-month -old son, Lenny. Our family has also healed a lot along the way.”

Shannon Sullivan: “I am so proud of where Jay is today. His recovery started seven years ago, and he’s had multiple stints of long-term sobriety. Like many, his journey has included relapses that have led to more self-exploration and growth. He is currently 21 months clean and sober, actively works a 12-step program, has built strong relationships with others in recovery and volunteers in the community.”