The Hamilton East Public Library announced Nov. 1 that its branches in Fishers and Noblesville will no longer charge overdue fines on late materials, including books, audiobooks and DVDs.

In 2019, fines and fees accounted for less than 1 percent of HEPL’s total operating revenue.

HEPL previously implemented automatic renewals prior to the COVID-19 pandemic, and overdue fines weren’t charged during the library’s COVID-19-related closures. When the library resumed normal operations, overdue fines were reinstated, but the HEPL Board of Trustees began to investigate eliminating the fines.

The board voted unanimously to eliminate the fines at its October board meeting.

“Eliminating fines will open access to our collections for more patrons, regardless of the ability to pay, and free up staff time on fine-related issues to serve our community better,” Collection Services Director Molly Mrozowski stated.

HEPL isn’t the first library to eliminate overdue fines. The trend is nationwide as libraries try to remove barriers to borrowing items. 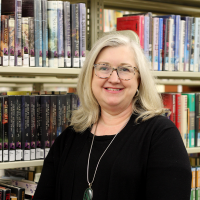 “We hope that eliminating fines for overdue items will remove another barrier to access and allow everyone in our service area to have full use of HEPL resources, especially those needed by school-age children to read, discover and be curious. In addition, a fine-free policy aligns with our mission to be the community’s essential connector to information and ideas,” Library Director Edra Waterman stated.

A press release from HEPL stated patrons are still expected to return their items, and the library will still bill for lost or damaged items. For more about Hamilton East Public Library’s fines and fees, visit hepl.lib.in.us.