The Westfield resident has 144 nutcracker figurines, a number that grows each year and doesn’t include other nutcracker-themed decorations spread throughout the house like place settings, mugs, towels, pillows, napkin holders and more.

Stepaniak was first introduced to the hobby at 8 years old in 1997, when he lived in Alpena, Mich. Stepaniak noticed nutcrackers on display at a JCPenney hair salon while out with his grandmother. Stepaniak felt drawn to the item, and his grandmother purchased a nutcracker figurine for him. That moment launched a lifelong tradition.

“There were a whole bunch of them on display and I thought they were cool,” Stepaniak said. “And then, from there, it grew and grew.” 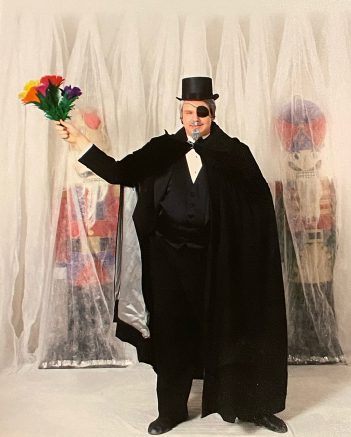 Stepaniak still has the nutcracker his grandmother bought him in 1997. It stands front and center on a table display in a room on the second story of the house he shares with his wife, Torie.

Growing up, Stepaniak’s grandparents decorated their home for Christmas, which is where his love for the holiday began. He uses some of their decorations in his home, including a 1986 snow globe and a nativity scene.

“(Nutcrackers) are very Christmas and traditional, and I love that about Christmas,” Stepaniak said. “It’s something fun. When people see them, they’ll send me pictures and say, ‘I thought of you when I saw these.’”

In addition to collecting figurines and nutcracker-themed items, Stepaniak loves the ballet “The Nutcracker” as well. He played Uncle Drosselmeyer during his high school’s rendition of the ballet in 2005.

Stepaniak begins decorating prior to Thanksgiving each year. He said the process can take two to three weeks. He puts the nutcrackers back into storage after New Year’s. 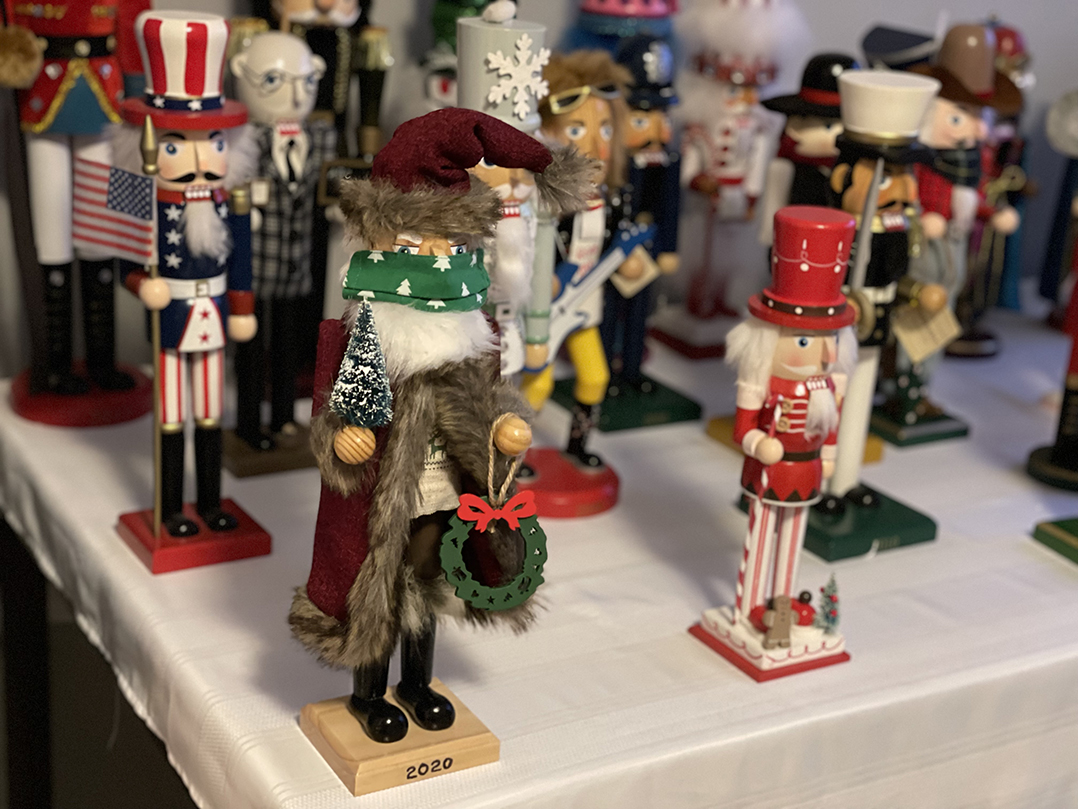 Nick Stepaniak’s best friend gave him a COVID-19-themed nutcracker last year. It is has a hand-sewn mask.

“It’s grown a lot,” Stepaniak said of the collection. “My grandma will always get me one (for Christmas). My best friend since high school will send me one. Last year, she made me a cool COVID one with a hand-sewn mask on it. She said she looked everywhere for a tiny hand sanitizer ornament but couldn’t find one.”

And although Stepaniak has photos of every single nutcracker item for insurance purposes, the collection is spurred from a love of nutcrackers rather than investment purposes.

The Stepaniaks met while attending Central Michigan University. Torie said she was informed almost right away about Stepaniak’s nutcracker collection.

“I always said I would never buy them and now I’m one of the main contributors,” she said. “I find myself buying them whenever I see them.”

Now both 33, the couple has started their own traditions – like purchasing new figurines for their nativity set each year and purchasing ornaments from places they travel to together.

“Other than that, I’m pretty normal compared to him,” Torie said with a laugh.

Even the Stepaniaks’ rescue dog Phoebe wears a nutcracker-themed collar. 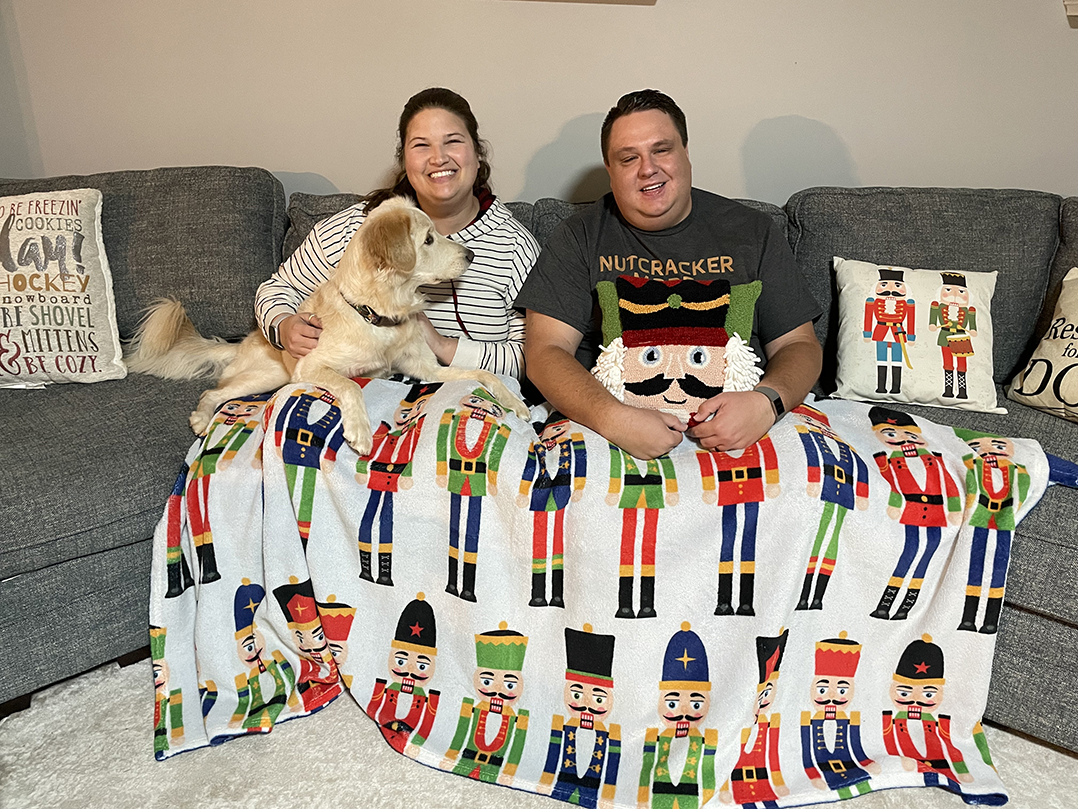 Nick Stepaniak, right, pauses under a nutcracker blanket with his wife, Torie, and their dog, Phoebe. (Photos by Anna Skinner)

Nick and Torie Stepaniak’s Westfield home is bursting with holiday cheer around Christmas time. A 6-foot-tall nutcracker greets guests on the front porch. There are five Christmas trees throughout the house, countless nutcracker items, nativity sets, snowmen figurines, a snow globe from 1986 and more. Even the Stepaniaks’ smart speaker Alexa is programmed to celebrate the holiday. With the words “Alexa, Merry Christmas,” all the electric holiday items switch on. With the words, “Alexa, all is calm,” they turn off.