Zionsville resident Becky Cash has declared her candidacy for the Indiana House of Representatives District 25 seat. 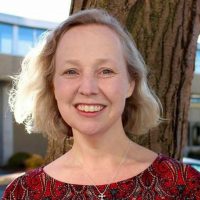 Cash, a Republican, said she decided to run in the newly created district to defend the rights and liberties of constituents. She said residents should be able to make their own medical decisions without fear of losing their jobs and that they should have more input in their children’s education and safety, especially with regard to face masks in schools.

“I’m very concerned that if we don’t get some things done at the legislative level that protect Hoosiers that we are going to end up as a welfare state,” Cash said.

Although she is vaccinated, she said individuals have the right to make medical decisions for themselves.

“We already tell businesses that they can’t discriminate based on a person’s race, their religion, their sexual orientation, which I agree with all of that,” Cash said. “Whether you put something in your body should be a protected class.”

House District 25 encompasses most of Zionsville, all of Whitestown, two precincts in Lebanon and approximately half of Brownsburg.

Cash has lived in the district for 16 years and said her family moved to Indiana from Illinois because she and her husband, Chris, believed it was a safe place to raise their six children, who are now ages 9 to 22. She believes that Indiana is “a beacon of hope” for the nation and that what happens in Indiana will have a direct effect on the rest of the U.S. Cash believes the district wants and deserves “strong, liberty-minded leadership,” and she describes herself as a conservative who “knows how to secure the rights and liberties of Hoosiers and is not afraid to fight.”

Cash stated she is excited to fight for individuals, families, small business owners and the farmers of the district. For more, visit beckycashforindina.com.