When the position came open, Rob Gaylor thought he was the perfect candidate to become chief of the Westfield Fire Dept. The department obviously agreed, having recently hired him to replace former chief Marcus Reed, who retired at the end of 2021.

Gaylor, 45, started as a volunteer firefighter in the Burlington Volunteer Fire Dept. in 1995. Burlington is a small town between Kokomo and Lafayette. In 2004, Gaylor decided to become a full-time firefighter and was hired by the WFD. He’s been with the department ever since. 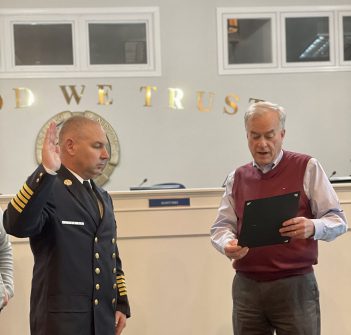 Gaylor also still is a volunteer firefighter with the Burlington Volunteer Fire Dept. and serves on Indiana Task Force 1, one of 28 FEMA Urban Search and Rescue Task Forces in the United States.

Gaylor started as fire chief the first week of January. He was sworn in by Mayor Andy Cook at the Jan. 10 Westfield City Council meeting. Gaylor’s wife, Amanda, and his children, Aubree and Blake, attended the ceremony. Blake, a firefighter with the Logansport Fire Dept., pinned the chief’s badge on his dad.

As he gets acclimated to the chief’s position, Gaylor is meeting the department’s firefighters to gather input on problems, issues or opportunities they see within the organization and what their expectations are for him as chief. 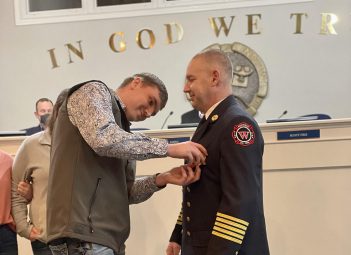 Gaylor said most of the firefighters say they are concerned with how busy the department is.

“They were up almost 1,000 calls over last year,” Gaylor said. “We like to compare ourselves to our neighbors, and when Carmel and Fishers and Noblesville, when they were doing the number of runs we are doing, they were almost double our size.”

Gaylor said WFD this year will hire eight employees – six more firefighters, a fire inspector and a behavioral specialist. The department also ordered a new fire engine last year that will be delivered this month and plans to order another fire engine, ladder and an ambulance, although delivery won’t be until 2023.

His new title notwithstanding, Gaylor said he still plans to be ready to fight fires.

“People have this concept as you move up and sit behind a desk that you’re doing less work,” Gaylor said. “I’m still a merit rank firefighter. This is an appointed position. I can go back to the truck tomorrow. I have to be ready to fight fire.”

Gaylor said he applied for the chief’s position because he thought the department was heading in the right direction and he wanted to help it continue to move forward.

“I feel that my years in the fire service and my experience here in Westfield has given me the education and the background to do the position,” Gaylor said. “I felt now was a good time for me to transition into that role. I felt like I was well-suited and the best candidate.”

Outside of work, Gaylor enjoys spending time outdoors and fishing. He lives in Burlington with his family and raises livestock. 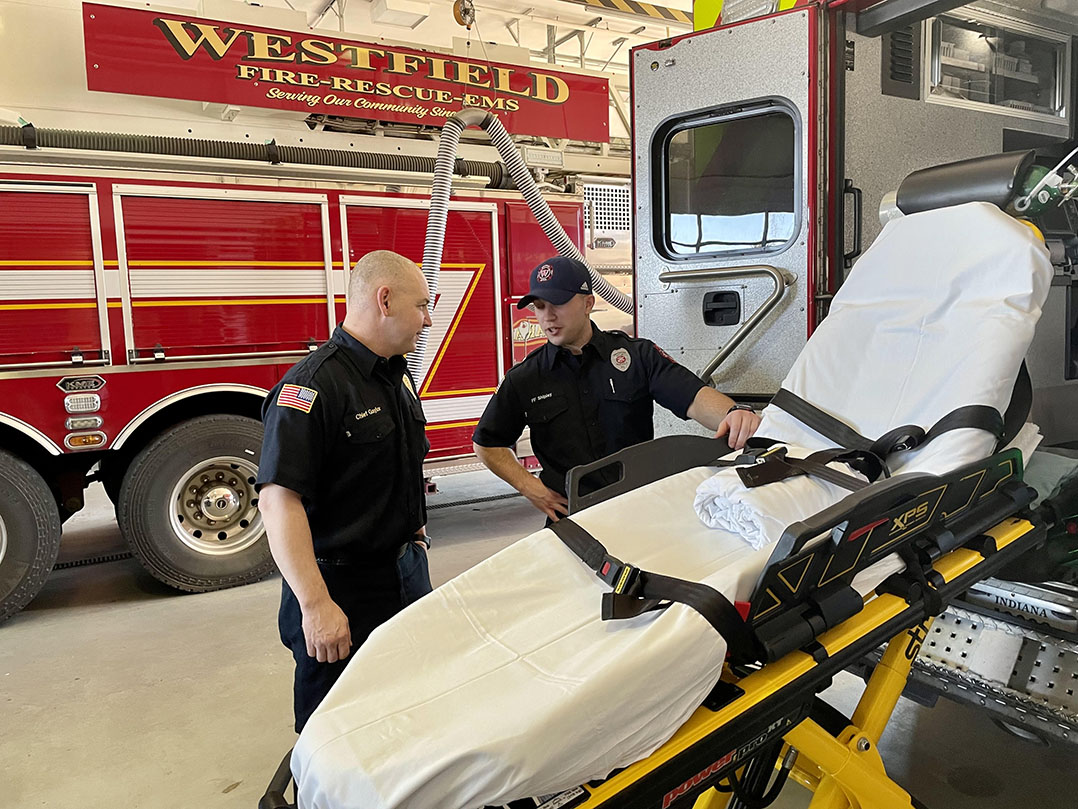 Rob Gaylor said his family has a long tradition of military service but not for working at fire departments. He became interested in firefighting while attending Carroll Junior Senior High, where he played on the football team. One of his teammates helped at the local fire department, and Gaylor accompanied him to the fire station one day.

“It was a place to hang out and a place to provide a service,” Gaylor said.