You are at:Home»Night & Day»Entertainment News»Studdard embraces role of Lola in Beef and Boards’ ‘Kinky Boots’ 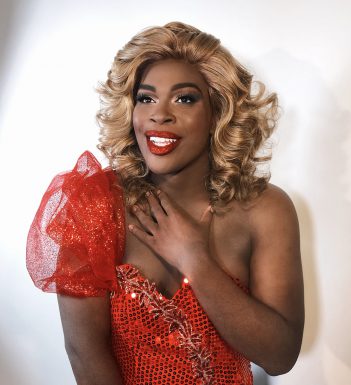 Jonathan Studdard was attracted to the role of Lola in “Kinky Boots” for multiple reasons.

“She’s strong, she’s warm, she’s nurturing, and she always wants people to see the best in themselves,” Studdard said. “Of course, I was inspired when I saw the show a while back and saw a story about a Black queer character that loves fabulous things. But, most importantly, the story of acceptance and chosen family was huge for me. This character resonates with me because she is a character who has a big personality, loves deeply and fiercely, and she loves to bring the party.”

Studdard will appear in Beef & Boards Dinner Theatre’s production of “Kinky Boots from Feb. 10 to March 27. The Indianapolis resident said with music by Cyndi Lauper, the show has countless jams. Two of his favorites are “Everybody Say Yeah” and “Sex is in the Heel.”

The plot centers around Charlie, a factory owner struggling to save his family business. Lola is a fabulous entertainer with a wildly exciting idea.

With a little compassion and a lot of understanding, the unexpected pair learns to embrace their differences and create a line of sturdy stilettos unlike any the world has ever seen. However, the most remarkable achievement is their friendship.

Studdard has seen the production a few times.

“The most notable would definitely have to be when The Paramount in Chicago produced it,” he said. “It starred Michael Wordly, and he was outstanding.”

The past six months have been memorable for Studdard, who had been in Civic Theatre’s all-Black cast of “The Color Purple” in October 2021.

“Being part of Civic’s Color Purple was a life-changing experience, to say the least,” he said. “It brought me so much joy to tell the story and being surrounded by people that are family and chosen family.”

Studdard was planning to reprise his role as The Cat later this month in Civic Theatre’s “The Cat in the Hat” before it was canceled because of the COVID-19 pandemic.