You are at:Home»Current in Fishers»Fishers Community»Jaworowski files for recount in District 32 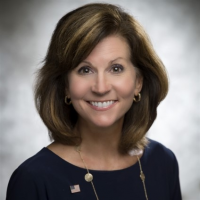 Republican candidate Suzie Jaworowski of Fishers has filed for a recount in the Indiana House District 32 May 3 primary election. She ran against Fred Glynn of Carmel, who won by six votes.

Jaworowski cited the razor-thin outcome and an error in vote totals reported by some media outlets as a reason for seeking the recount. On election night, Jaworowski’s totals were switched with candidate Paul Nix’s in some reports.

“I am only six votes behind, and there were nearly 4,000 votes to count, and they were counted once and I’ve requested a recount,” she said. “The race was so close, and I have so many kind supporters, either sending me prayers, knocking on doors and voting for me, that I want to be thorough on my behalf for their behalf.”

Indiana law states that a candidate has until noon 14 days from Election Day to file a request for a recount with the Indiana Election Division. Jaworowski said she expects the recount to be complete in June.

Glynn sent the following statement to Current: “We are confident that this lead will hold and my campaign will remain victorious.”

According to the Indiana Secretary of State’s Office, a recount team will perform a manual recount of each vote cast and identify any disputed ballots. At a public meeting of the State Recount Commission, representatives from each candidate involved will have the opportunity to argue the validity of any disputed votes. The commission will make a final determination of the vote tally in the race.

A date for the public meeting has not been announced.