Hours before Elwood Police Dept. Officer Noah Shahnavaz was fatally shot during a traffic stop in Madison County, he pulled up to the side of Joyner’s Hamburgers in Elwood and talked to muralist Theodore Winters. Throughout the day, Winters had been getting honks and waves from law enforcement officers who drove by a mural he was painting of a giant American flag on the building.

That is why officer Shahnavaz, a 2016 Fishers High School graduate, stopped in front of the mural — to tell Winters how much he liked his artwork.

“Thank you for your service,” Winters, 29, told Shahnavaz. “I said, ‘Every time you drive by this, I want you to know that people my age still care about your service. Thank you for being a police officer.’ He looked at me and he said, ‘I love my job. I love what I do. And I love being a cop.’ And he smiled and he drove away.”

Shahnavaz, 24, was fatally shot a few hours later after making a traffic stop July 31 in Madison County. He was laid to rest Aug.6 at Crown Hill Cemetery in Indianapolis. 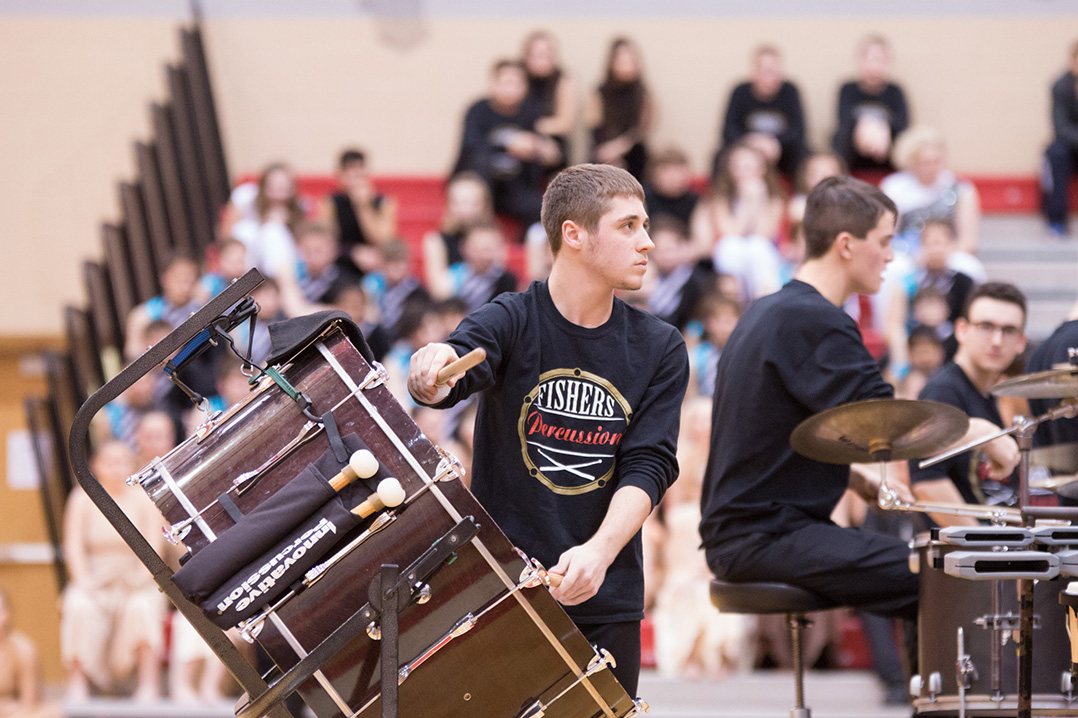 Friends and acquaintances, such as former FHS classmate Sammie Marcotte, have fond memories of the fallen officer. Marcotte, who participated in marching band and drumline with Shahnavaz, remembers his smile, contagious laugh and kind personality.

“We got into our fair share of shenanigans back then,” Marcotte said. “There were a handful of times where he would start (a) baseball (game) in the back percussion room, and we would be late to band class because we had to finish up the game and we would all be cracking up laughing because his laugh was so funny. And it was moments like that that we remember him by.”

“It’s how every person wants their prom to go,” she said. “It was the limo and the dinner and dancing with good friends and good company, and his laugh and the way that he carried himself made that night unforgettable.”

Marcotte also said Shahnavaz was a huge Purdue University and Pittsburgh Penguins hockey fan. Marcotte said he loved watching games with his family, who meant everything to him.

Chris Dalton, Shahnavaz’s best high school friend from drumline, said he also got into occasional mischief with Shahnavaz, recalling being pulled over for driving a go-kart on a public street shortly after Shahnavaz had gotten his driver’s license.

“He was so full of energy and had a huge smile on his face all the time. He was kind of a class clown,” Dalton said. “We definitely got in lots of trouble together,” Dalton said.

Dalton also said Shahnavaz, who was also a U.S. Army veteran, always wanted to be a law enforcement officer.

“I want people to remember him as a person that was just willing to serve his community,” Dalton said. “He wanted to protect — that’s what he wanted to do. He wanted to be there for the members of his community to help out.”

After high school, Shahnavaz served in the Army’s 591st Military Police Company, where he was awarded the Air Assault Badge and was deployed to the Middle East from June 2017 to February 2018, according to his obituary. After being discharged from the military, he became a police officer for the Elwood Police Dept. and attended the Indiana Law Enforcement Academy. He graduated in April. 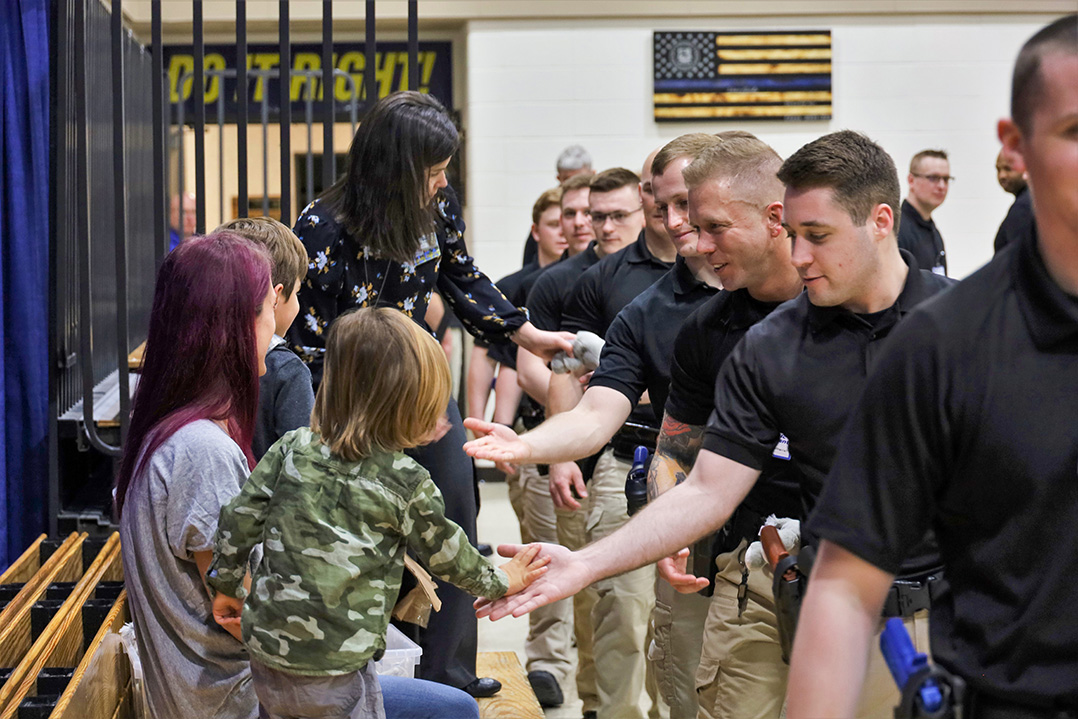 “Noah was an exemplary young man and recruit while he was here, and the law enforcement field is going to miss him,” Bridge said.

Another friend from the law enforcement academy who graduated with Shahnavaz, Abigail Leath, who is now an officer with the Anderson Police Dept., said Shahnavaz did well at the academy. She recalled times he would be unsure how he would perform during a test and then score in the high 90s.

Leath said Shahnavaz made an indelible impact on her life.

“He taught me so much about life and then also police work,” Leath said. “He would want people to live their life to the fullest and laugh as much as he did. I would say no time with Noah would have ever been enough, but if you have somebody in your life that you love, I would say, hold him close, that’s what I would want you to do.”

At approximately 2 a.m. July 31, Elwood Police Dept. Officer Noah Shahnavaz made a traffic stop on a 2012 Buick LaCrosse near the intersection of Ind. 37 and County Road 1100 N. in Madison County.

The Buick’s driver, Carl Webb Boards II, got out of his car and allegedly shot  Shahnavaz multiple times. An investigation determined that Shahnavaz did not draw his gun from his holster.

Boards then fled the scene but was arrested in Fishers around 2:30 a.m. on Interstate 69 after Fishers Police Dept. officers caused him to crash. Boards has been charged with murder, resisting law enforcement and unlawful possession of a firearm by a serious violent felon. His first court hearing was Aug. 5. A not-guilty plea was entered on his behalf by video. He was appointed an attorney and is being held without bond.

Boards is scheduled for a pretrial conference on Sept. 30.