Republican Leah York announced Sept. 8 that she plans to run for the Central District seat on the Carmel City Council in the 2023 municipal election. 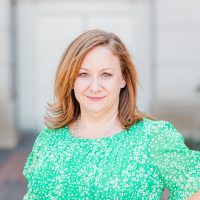 The seat is held by Councilor Bruce Kimball, who has not attended a meeting since December 2020 when he suffered a stroke. The Central District includes Midtown, City Center, the Arts & Design District and surrounding areas.

“I have the right combination of experience, skills and leadership style that uniquely qualify me to serve as the Central District’s representative on the Carmel City Council,” York stated in a press release. “I am active in our community and have a keen understanding of the needs of the Central District.”

Among York’s priorities are “intentional and thoughtful growth” in the Central District and a focus on public safety.

York is chair of the OneZone Women’s Network of the OneZone Chamber of Commerce; vice president of The O’Connor House, a Christian home for single, pregnant, homeless women; and a volunteer for the Carmel Farmers Market.