The second Furry Fracas Pickleball Tournament is set for Sept. 9-11 at Cyntheanne Park at 12383 Cyntheanne Rd., in Fishers. The tournament is being hosted by the Indy Pickleball Club, and half of the proceeds will benefit the Humane Society for Hamilton County.

The tournament will take place Friday, Saturday and Sunday, with games every day at 8 a.m., noon and 4 p.m., with a variety of skill and age levels competing over the course of the tournament.

Last year’s inaugural tournament raised nearly $10,000, and Dan Hollis with Indy Pickleball said the club’s goal is to exceed that total this year.

Steve Cage, a philanthropist in Fishers, has donated money to the Humane Society for Hamilton County and also donated money for the creation of the pickleball courts in Cyntheanne Park. Cage said it is important to help HCHS because it is he only “no-kill” shelter in Indiana, meaning it does not euthanize any animal and works to find every pet a home. 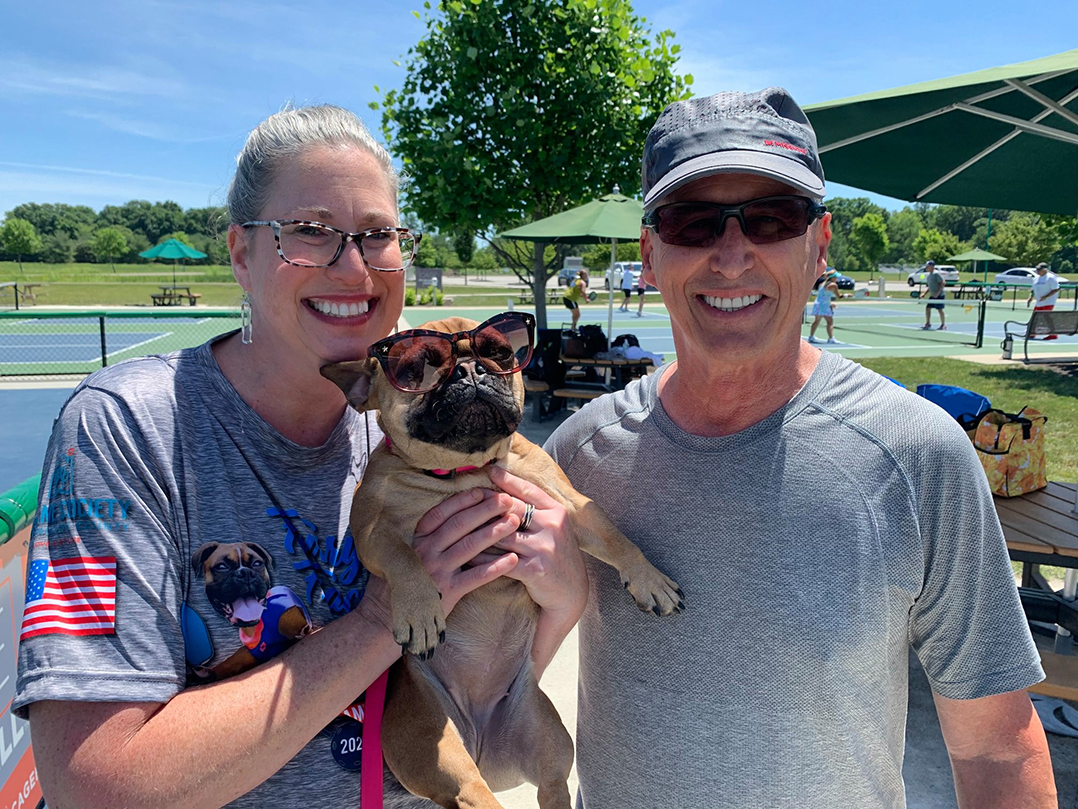 That is also why he is encourages people to attend the tournament and see any animals on-site while enjoying the fast-growing sport of pickleball.

Rebecca Stevens, president of the Humane Society for Hamilton County, said she is grateful for all the work Cage has done for the organization.

“We’re thrilled to be a beneficiary of the second annual Furry Fracas,” Stevens said. “Steve Cage’s dedication to Hamilton County’s unwanted and abused animals has not only helped make our dream of a state-of-the-art facility come true, but his continued fundraising efforts through his love of pickleball also helps us with operating expenses.”

The Humane Society for Hamilton County is encouraging anyone interested in adopting a pet, donating to the shelter or volunteering their time to visit the facility at 10501 Hague Rd., in Fishers, or contact it at hshc@hamiltonhumane.com.