You are at:Home»Current in Carmel»Carmel Cover Stories»‘It’s not over’ Carmel veteran works to evacuate, resettle Afghan refugees through Task Force Argo

When the Taliban quickly rose to power in Afghanistan after the withdrawal of U.S. troops in August 2021, retired U.S. Marine Anna Lloyd jumped back into action.

She wasn’t officially deployed, but Lloyd’s kitchen table in her Carmel home became an “operations center,” she said, as she was in near constant contact with other volunteers and military and government officials working to evacuate Afghans who had supported U.S. efforts in the 20-year war, making them and their families Taliban targets.

Lloyd didn’t stop working for several days, she said, as she made calls, typed emails and scribbled notes on whatever scrap paper she could find lying around. Those striving to bring U.S. allies to safety felt that taking a break could mean life or death for Afghans in harm’s way.

“It was a nonstop digital Dunkirk,” said Lloyd, comparing the volunteers’ efforts to a massive World War II evacuation of British troops from France. “Nobody slept for five or six days. We were afraid to miss a lead or get somebody to the right place.”

Although Lloyd and other volunteers were able to help many Afghans flee, thousands more were left behind. More than a year later, she is still working to evacuate those facing danger as executive director of Task Force Argo, an organization of 200 volunteers spanning the globe.

Since its founding, Task Force Argo’s network has evacuated more than 3,000 people identified as American citizens, green card holders or Afghans with valid immigration visa pathways to the U.S. through chartered flights supported by donors. Some are now in the U.S., while others remain in other nations awaiting approval of refugee status that may never come.

Lloyd became aware of Task Force Argo through her connections in the Marines and on Capitol Hill. She had joined the military at age 17 and become an electrician working on helicopters, focusing her efforts on quality assurance. After two deployments to Iraq, she worked in communications at Naval Station Great Lakes near Chicago.

In 2014, Lloyd was among 80 people to receive a Dept. of Defense Congressional Fellowship. She worked on Capitol Hill as a congressional staff member before becoming a legislative assistant for the chairman of the Joint Chiefs of Staff at the Pentagon.

So, when the U.S. withdrew from Afghanistan, she had the perfect background to work with various departments and offices to help coordinate evacuations.

Task Force Argo co-founder Zach Nunn, an Air Force veteran, Iowa state senator and candidate for the U.S. House of Representatives, said Lloyd has become the “heart and soul” of the organization.

“The day-to-day operations fall on Anna, and she has done a phenomenal job to save and reunite families,” Nunn said. “That is worthy of sainthood.”

Lloyd, like every other volunteer with Task Force Argo, is unpaid for her efforts, which still often stretch to eight hours a day or beyond. At the same time, she attempts to balance her time as a wife, mother of three and religious school teacher at St. Elizabeth Seton Catholic Church.

The work isn’t easy, and it’s not for the faint of heart, Lloyd said. Many days her efforts don’t have a happy ending, but she doesn’t plan to give up anytime soon.

“It is important to keep Afghanistan current in our conversations, because it’s not over,” Lloyd said. “We may have withdrawn, but it’s not over.” 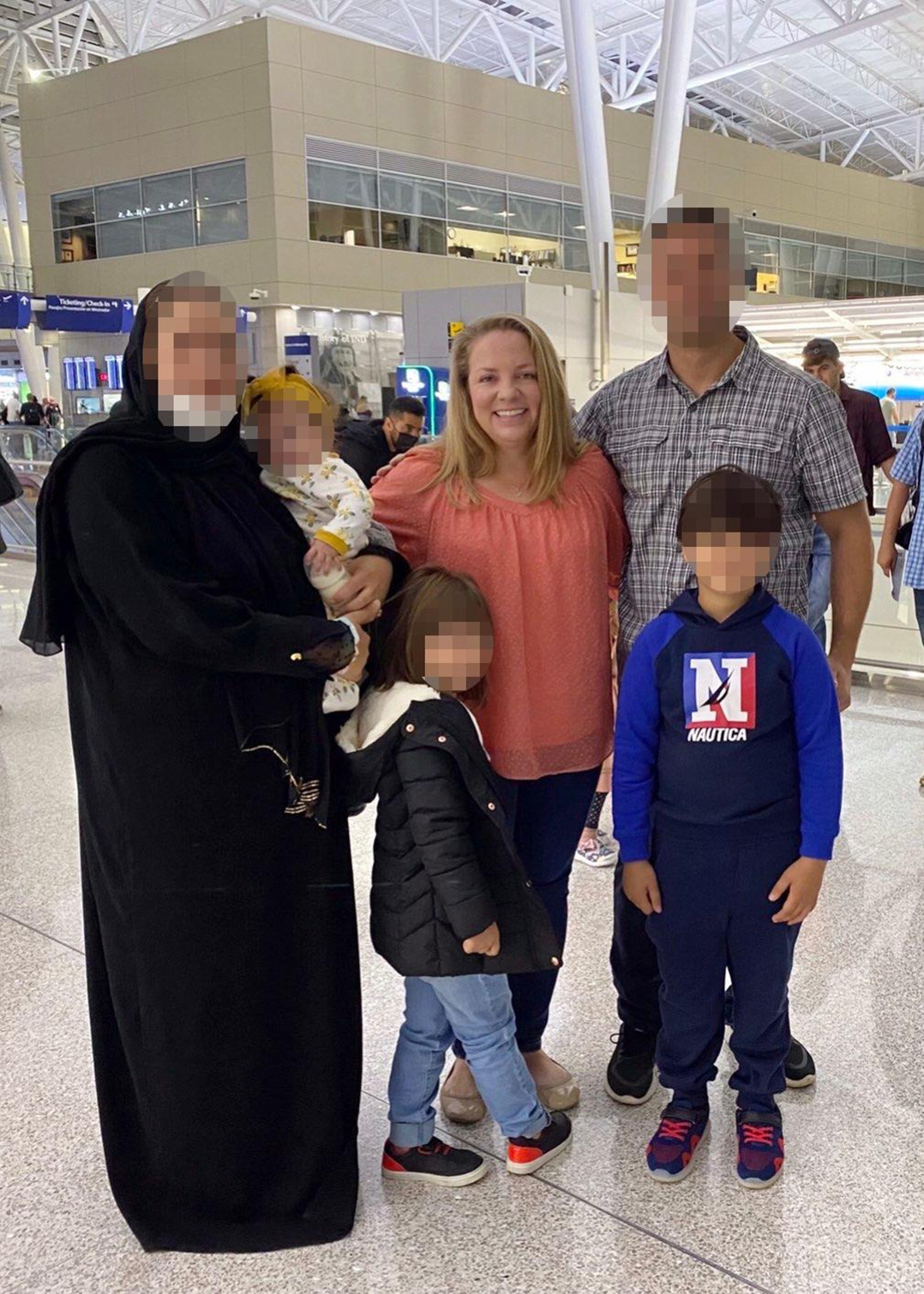 ‘I wouldn’t wish this upon anybody’

Task Force Argo volunteers, known as handlers, work with individuals and families seeking evacuation or resettlement as they navigate the process, which is often filled with red tape, frustration and uncertainty.

“I wouldn’t wish this upon anybody,” Lloyd said. “This is not work for somebody who hasn’t had a military humanitarian crisis background.”

There are other ways to help, however. Task Force Argo is always in need of donations to support its work, and volunteers are needed to help Afghans who resettle in the U.S. navigate life in a culture vastly different than the one they left behind.