You are at:Home»Current in Carmel»Carmel Cover Stories»Once upon a time: Carmel couple makes tradition of visiting Renaissance festivals

In the spring of 1998, Susan and Johan (Hans) Van den Heuvel had only been dating for two weeks when they decided to check out the Scarborough Renaissance Festival in Waxahachie, Texas, with Susan’s daughter, Gabriella.

“We just went to see what it was about and thought, ‘Wow, this is really fun,” Susan said.

It was the start of two great adventures, as the couple – now married and living in Carmel where they both work as Realtors – has attended at least one Renaissance fair together every year since then.

Initially, they were drawn to a gathering of free-spirited and imaginative people, many in elaborate costumes from the Renaissance period or other eras. They enjoyed roaming nearly 200 acres filled with Tudor-style architecture reflecting the Medieval period, sampling a variety of foods and watching performances by jugglers, actors and other performers.

“It’s just an escape from reality for a couple of days,” Hans said.

Now, the Van den Heuvels begin their annual tour of Renaissance fairs in April where it all began in Texas. They also attend the Bristol Renaissance Faire in July in Wisconsin, and in September, they visit the Ohio Renaissance Festival near Dayton. 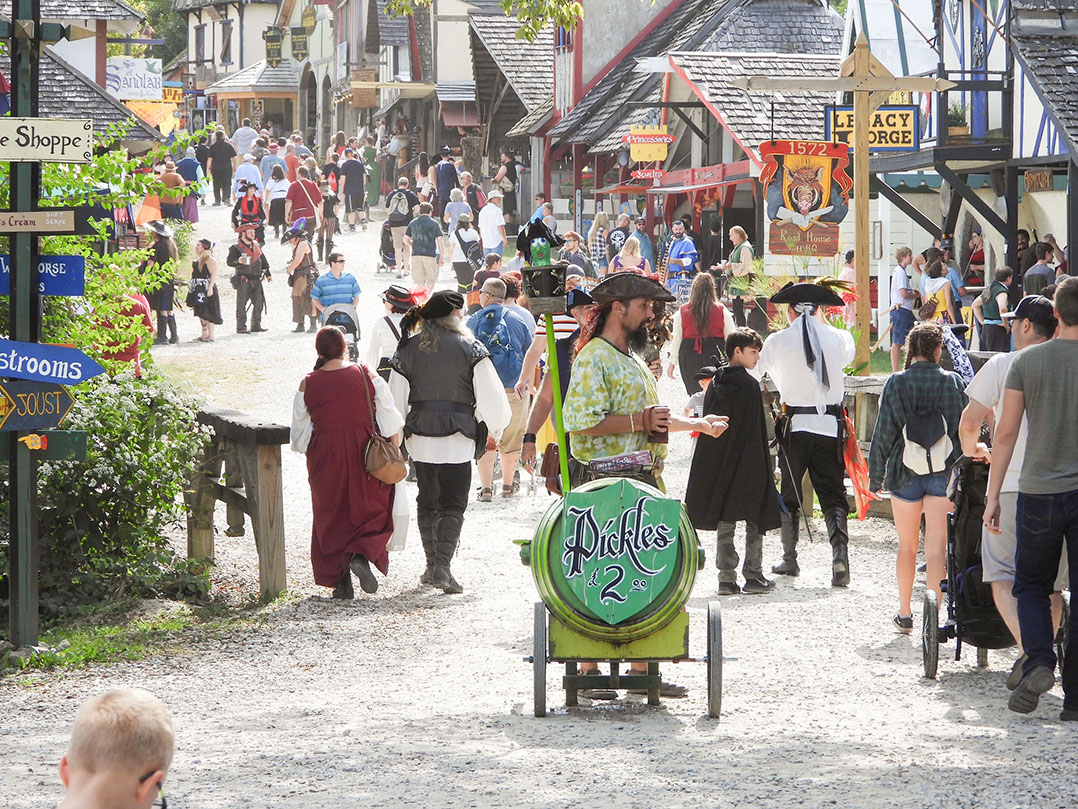 As their attendance at the events has grown, so has their wardrobe.

“We have people now – because we have such beautiful, elaborate costumes – come up to us,” Susan said. “Many people want to take our pictures and love to hop in and take pictures with us. It’s the ultimate compliment.”

Hans said his collection consists largely of leather hats, bags and jackets that he can arrange to create five or six unique outfits. He enjoys adding pieces as he visits fairs. His favorite clothing vendor is Pendragon Costumes, which specializes in leather.

Susan’s collection includes a variety of feather hats and bodices that she has amassed through the years. She can create 10 to 15 different outfits. Her favorite vendor is Moresca Clothing & Costume.

“They have bodices that I can’t find anywhere else,” Susan said.

Learn more about Renaissance festivals throughout the nation at therenlist.com/all-fairs. 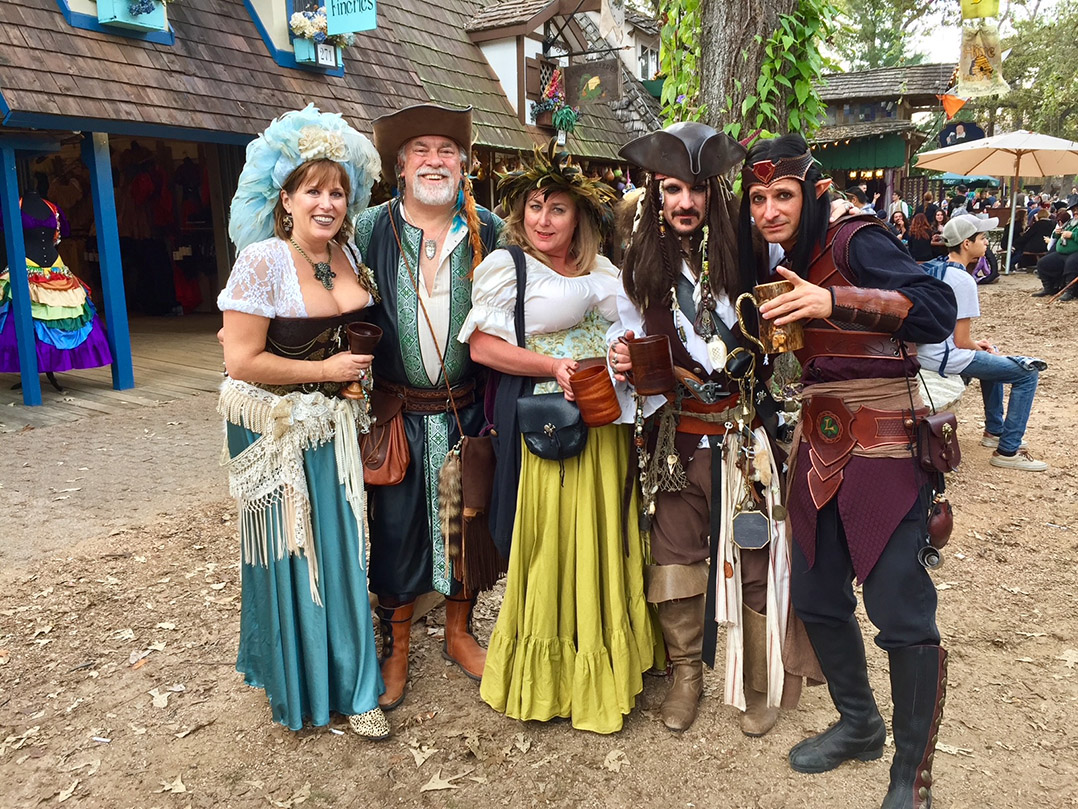 As a veteran of Renaissance fairs, Susan Van den Heuvel has some tips for those just beginning to build their Medieval wardrobe.

“A lot of people who start out go to Goodwill (or use) eBay,” she said. “They just put together what they think is a cute outfit. They might order a corset from several known companies like Corset Story.”

Her husband, Hans, said attending the festivals in costume enhances the experience.

“The first time you are really dressed up you feel like you’re part of it,” he said. “You’re not just in a T-shirt and jeans trying to go and see what’s going on.”