Growing up with parents in the roofing industry, siblings Gene and Randy Judd were no strangers to the hardships associated with the seasonal nature of the business. Randy said growing up in Rockford, Ill., their mother pushed them to attend college and not become roofers.

Despite his mother’s admonition, Gene followed his entrepreneurial passion and started his own roofing business. After graduating from Indiana University in 1987, Gene, who now lives in Zionsville, worked out of his garage in Speedway as a roofer. He launched Bone Dry Roofing in 1989 and it now has 13 locations across the U.S., including Indianapolis.

“It was tough for (our parents) to make a steady living at the time,” Gene said. “We moved 13 times when I was younger because my parents would be looking for a job. I would come home from school and the sheriff would be there to move my family out of our home.”

Gene’s brother Randy, who also lives in Zionsville, joined the business as its vice president in 1997.

“The culture at Bone Dry has always been very employee-centric, as well as customer-centric,” Randy said. “At the start, the company was highly based on referrals and reputation and word of mouth. So, we were very, very much concerned about all the customers being happy with our work, and that’s really how we were able to grow.”

Gene said he tries to maintain a consistently supportive work environment for employees, no matter how much the company grows. He said the firm does its best to take care of employees by providing them with financial advisors, 401(k)s, paid-time off, health insurance and educational opportunities through the company/s training program, Bone Dry University, among other benefits.

“When I started the business, I wanted to provide stability and peace of mind for my family to be able to offer them some of the advantages that I didn’t have growing up,” Gene said. “I want my people to be able to have that peace of mind so they can support their families and have a secure position.”

Twenty-four years ago, Grant Costeel, a longtime roofer, was living in a trailer on the west side of Indianapolis. He said he was looking for better opportunities, so he flipped through the phone book looking for the biggest ad for a roofing company. When he found a full-page ad for Bone Dry, he said he applied immediately.

Costeel was hired as a roofer and soon after was running the crew. He is now the manager for Bone Dry in Indianapolis, and said he is proud to be a part of such a reputable and supportive company and to be able to support himself and his daughter.

“It’s great to go to somebody’s house, especially as a salesman or as an employee, and to be able to go to the door and say all these great things and know that they’re true,” Costeel said. “The brand is how we make people feel. They always say people won’t remember you for what you say or do, they remember you for how they make you feel.”

Gene said in addition to supporting employees, Bone Dry seeks to promote a culture of giving through philanthropic work. 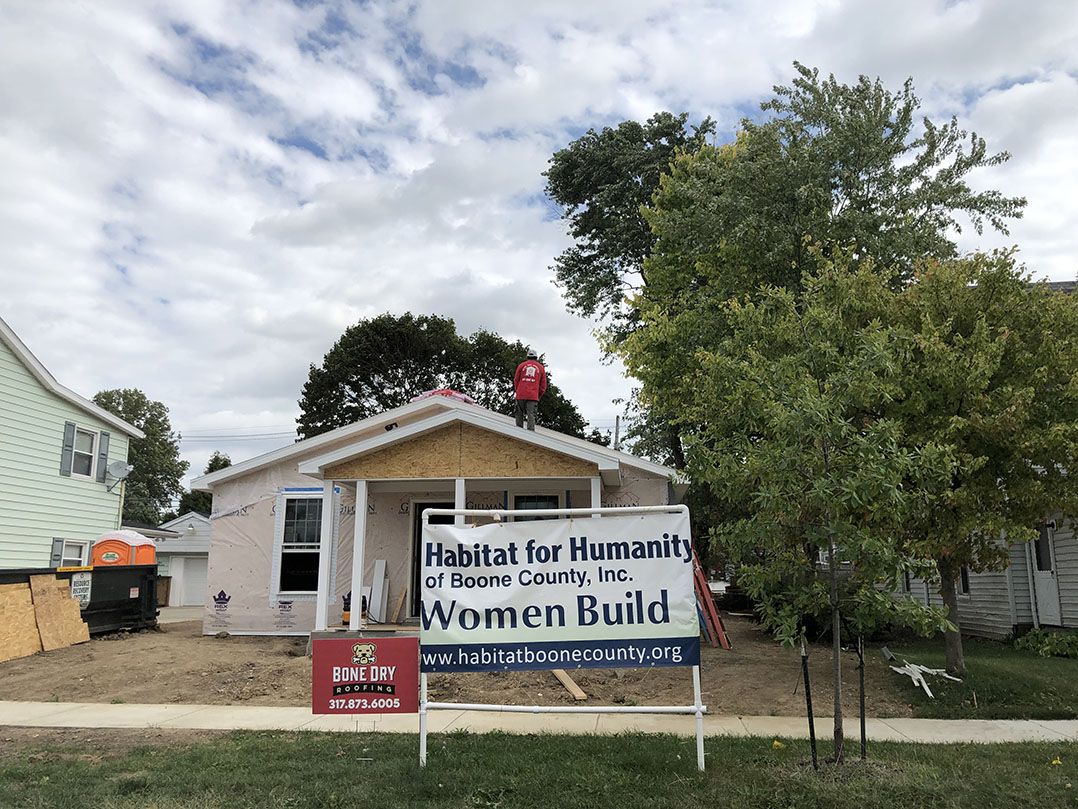 Bone Dry employees construct a roof for a home built by Habitat for Humanity of Boone County in 2019.

Gene said the company has been building roofs for Habitat for Humanity projects in the Boone County area for approximately 20 years, and it tries to do the same in each of the 13-plus communities where Bone Dry does business. He said the company is involved in other philanthropic efforts, including the Susan G. Komen Breast Cancer Foundation, and conducts a ‘Bone Dry Loves Pink’ breast cancer awareness campaign every fall.

Bone Dry, which has locations across the nation, recently opened a location in Sarasota, Fla., and Gene said much of its operations there lately have been focused on helping homeowners secure their homes following Hurricane Ian.

“There’s a lot of homeowners there that don’t have a lot of hope because the damage is so widespread,” Gene said. “They’re just happy we answer our phone, and we show up when we say we’re going to show up. Then we’ll tarp their house to get it watertight until the insurance company can come out. It’s about more than just the money. I’ve always believed that culture trumps all, and that’s one thing that we’re very protective of as we continue to grow, is keeping that family culture that we have.” 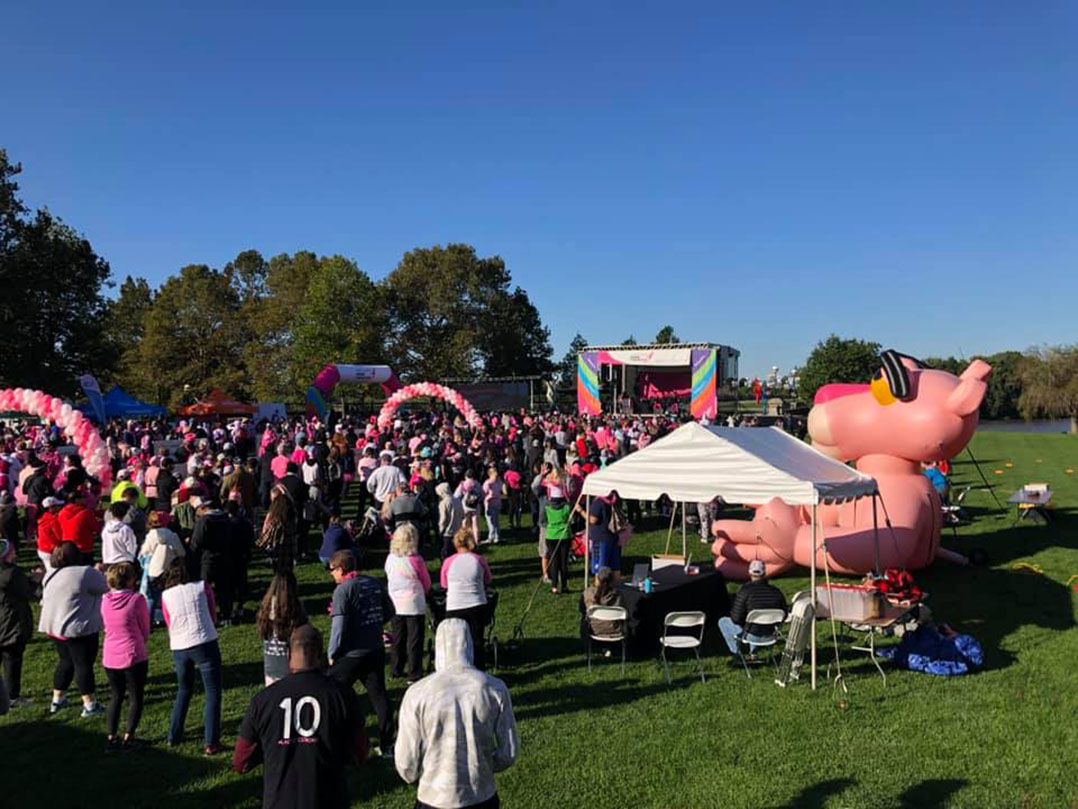 Guests gather for the 2021 Susan G Komen More than Pink Walk in Indianapolis. Bone Dry is a significant supporter of the organization and holds a ‘Bone Dry Loves Pink’ breast cancer awareness campaign every fall.

Gene Judd, owner and president of Bone Dry Roofing, said his wife Lorna pushed him to incorporate his roofing business, but he said he only would if she came up with a name for it. Thus, Bone Dry Roofing was incorporated in 1989.

The company attempts to create a family atmosphere by holding company picnics and weekly dinner banquets for employees and their families, according to Gene, and on occasion employees are invited to go on company trips to get away from the stress of work.

The Judd family moved to Zionsville from Illinois in the late 1990s. His brother, Randy, said Gene convinced him and his to move out to the area as well, and he began working with Gene in 1997.