There wasn’t much that could pull Damien Geter away from the joy of working in the classroom. But in 2019, he received an offer too good to resist.

Before landing his dream job with the Metropolitan Opera in New York City, Geter launched his career in Carmel at University High School, where he taught all the private school’s music classes from August 2004 to June 2015.

UHS honored Geter, who has become an acclaimed bass-baritone, actor and composer, with a Trailblazer Award, a recognition for community leaders who represent the school’s core values. Geter received the award Nov. 12 at the Trailblazer Awards Gala at Newfields in Indianapolis.

Susan Berry, a UHS parent and gala chair, said Geter made a lasting impact on his students, whether they were new to studying music or already accomplished in their craft.

“Damien always had big dreams, and I think he helped the students to dream big as well and foster that passion in them,” said Berry, a Zionsville resident.

Geter left UHS in 2015 to teach at a school in Portland, Ore., because he felt the West Coast would provide more opportunities to hone his skills as a performer than central Indiana. However, he said UHS is where he “grew up” as a teacher, and he was thrilled to be selected for a Trailblazer Award.

“Some of the friendships I forged (at UHS) are lifelong,” he said. “It just feels very, very sweet to be honored in this way.”

Since he left teaching, Geter, who is now based in Chicago, has performed as the Undertaker with the Met in the Grammy award-winning production of “Porgy and Bess” and with the Seattle Opera as the Immigration Officer in its filmed production of “Jonathan Dove’s Flight.” He’s also performed with the Portland Opera, the Reno Symphony, the Chicago Opera Theatre, the Oakland Symphony and elsewhere.

He’s not expecting to spend much time on stage in the near future, however, because he is focused on composing. Geter is writing two operas, with premieres set for 2024 and 2025.

Geter, a Virginia native who earned a bachelor’s degree in music education from Old Dominion University and a master’s in conducting from Indiana State University, has long been interested in composing, and he penned several pieces for his students during his time at UHS. More recently, he has become known for a style that combines pieces from the Black diaspora with classical music, and much of his recent work has focused on issues of social justice.

“These are topics that are very important to me, because they affect me,” he said. “To me, it’s about equity and making the world equitable for everyone.”

“For a premiere, you get people’s reactions, so that makes me nervous sometimes, but to hear it all come together, there’s nothing like it,” Geter said. “It always sounds way better than I could’ve imagined, which is the fun part for me. How people interpret the piece is half of the joy in this.”

Learn more about Geter and his work at DamienGeterMusic.com. 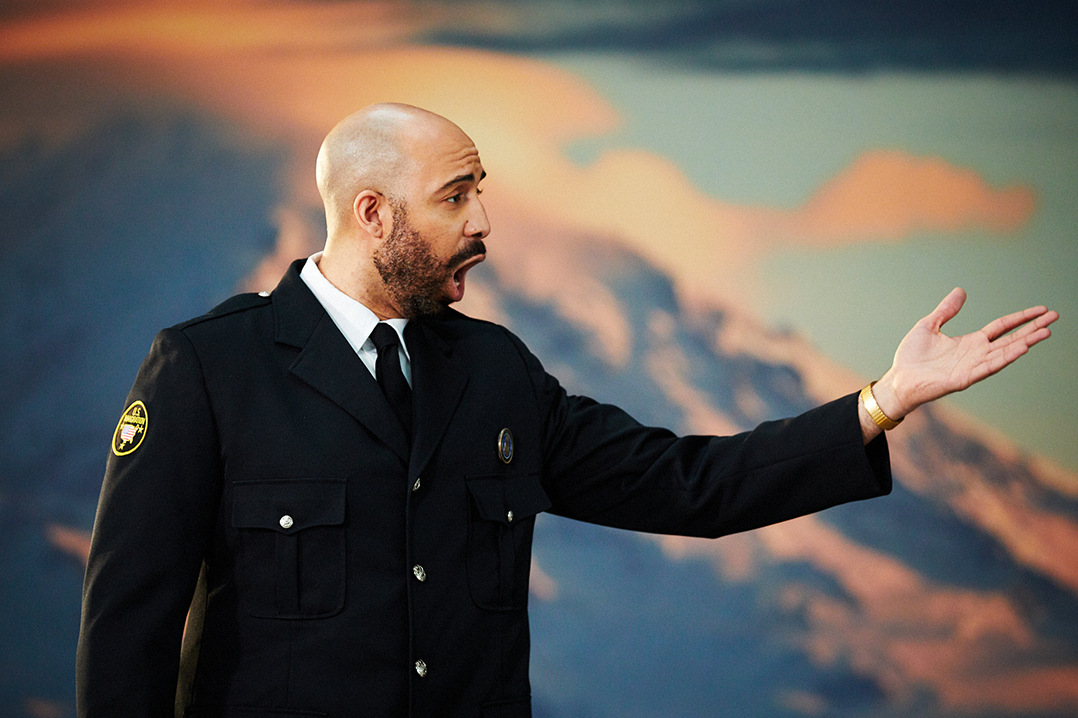 In addition to Damien Geter, University High School selected four other Trailblazer Award recipients this year. They are: