You are at:Home»Current in Fishers»Fishers Community»Mayor addresses next ‘chapter’ for Fishers

Fishers Mayor Scott Fadness gave his annual State of the City address Nov. 17 at the Embassy Suites in Noblesville. He spoke about where the city was in 1872 and what the continued growth of Fishers will look like for the next two years.

The next “chapter,” Fadness said, will focus on three key areas: economy, operational excellence and the community. Starting with the economy, Fadness looked at the development of the city since 2020.

“Even in the turmoil and chaos (of the pandemic), 3,450 new jobs were committed between 2020 and now,” Fadness said. “The average salary is $90,000. Both (Director of Economic Development) Megan Baumgartner and I believed that we had to position our community to be successful in the ‘new normal.’”

In 2020, Fadness turned his focus to the life science industry in Fishers. That focus has now seen more than 1,000 high-paying jobs in the industry flood the city. By 2024, Fadness projects the growth of life sciences lab and office space to increase dramatically. 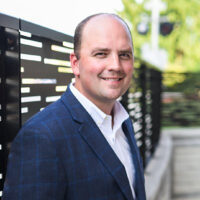 Fadness’ focus on the “operational excellence” of the city looked specifically at the city’s partnership with the Indianapolis Metropolitan Police Dept. and the creation of the Fishers Health Dept. in 2020.

“We live in a more dense environment than Indianapolis,” Fadness said. “We have the lowest number of employees in the (health) department per 10,000 residents, yet we are the 18th-largest population served in the state. Out of 95 health departments (in the state), ours issued the most COVID-19 tests.”

Fadness also spoke about Fishers’ involvement with IMPD to formalize a Crime Gun Intelligence Center in 2021. The center confiscated more than a dozen guns in Hamilton County and several more in Boone and Hendricks counties.

As part of the partnership with IMPD, Fishers became the first community in Indiana to have a rapid DNA machine. The machine reads blood samples, and within 90 minutes, a crime suspect or victim is identified. Marion County has used the machine 11 times in the past year.

In the next two years, Fadness wants to focus on preventing investors from purchasing homes in the area to flip for rentals.

“There are 37 neighborhoods in Fishers that have more than 20 percent renter-occupied or investor-owned homes,” Fadness said. “Although these homes represent 10 percent of our housing stock in the city, they represent 17 percent of police calls. In the next couple of months, I’ll be bringing a proposal to our city council for consideration.

“We will look at a renter registration program and a process to cap the percentage of homes in any given neighborhood that can be rentals. It’s vital to the sustainability of our city.”

The community-focused component of Fadness’ plan looks at how to build back the “fragmented” relationships within the community, starting with the schools.

“Fishers stands ready to support our schools in any way or shape that we can,” Fadness said. “I believe that together, if we align our common visions, there’s no stopping (Hamilton Southeastern) schools.”

Fadness called for the school district and city to come together with the shared goal of seeing each student “living up to their full potential.”