You are at:Home»Current in Carmel»Carmel Community»2nd Avenue NW closed through the summer; Detour granted party request 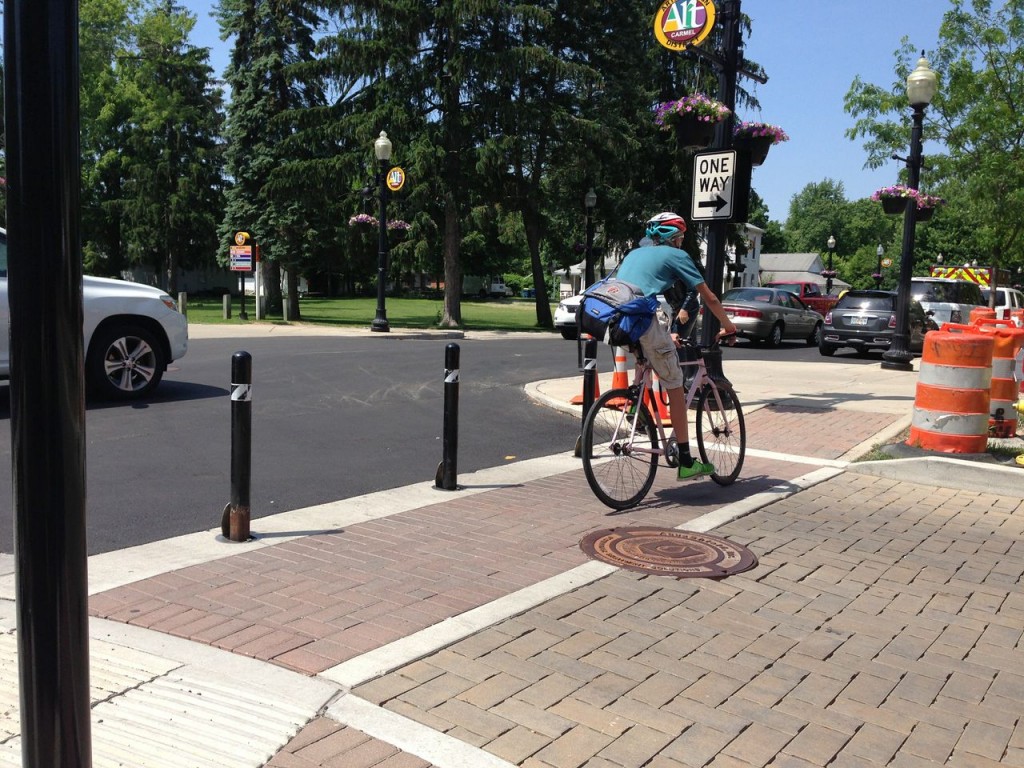 By Karen Kennedy
The owners of Detour – An American Grille got a pleasant surprise at the Carmel
Board of Works meeting June 5 when Mayor Jim Brainard not only announced that its
request for an outdoor party with live music was granted, but also that he will close
the adjacent portion of 2nd Avenue NW through approximately Nov. 1 for public
safety reasons.
However, along with the granting of the request came several very strongly worded
caveats and financial obligations for the owners of Detour, as well.
The mayor’s decision seems to have been influenced in part by Detour’s new
general manager, Mark Schaefer, who assured the Board of Works that he would
keep a tight control on the evening’s events.
“These people work for me,” Schaefer said, referring to the bands. “I pay them, and
I’ll tell them to turn it down.”
The mayor told Schaefer that he appreciated that statement, and said that he had
not heard such a strong statement from a representative of Detour in the past.
However, the mayor is backing up that promise with some muscle from the city as
well. The Police Chief Tim Green will assign officers to the event, and Detour will
bear the full cost of compensating the city for their wages, which, according to the
Mayor is $56.34 per hour on regular time and $84.50 per hour at time and a half
(including all benefits).
“I will speak to the officers on duty myself,” Brainard said. “And, I will tell them that
they have full authority to shut it down the minute they feel things are getting out
of control. People have to be able to sit outside at Bazbeaux or Bub’s and have a
conversation, easily. And, one word of profanity from the band, and it’s done.”
Brainard also told the representatives from Detour that they would need to find an
attractive alternative to the orange temporary fencing they have used in the past,
which the mayor said detracts from the overall look of the area, and instead find
railing-type fencing. He also chastised Detour for blocking the sidewalk with tables
and chairs to the point that pedestrians were forced to walk in the street to pass by
the restaurant, and noted that they do not have a letter of permission on file to use
that space.
“Your lease stops at your door. The sidewalk belongs to the city and you need to ask
permission to use it,” Brainard said.
Schaefer also agreed to ensure that the breezeway would remain unobstructed so
that there would be easy access to the Monon steps.
The decision to close the street does not give Detour carte blanche to hold outdoor
parties with live music any time it wants. According to the mayor’s office, Detour
still will need to request permission each time it wants to have live music outside.
“We are happy to have worked out the challenges we have faced in the past,”
Schaefer said. “And, we’re ready to show the city that we can be good neighbors,
and make the event something the whole city can enjoy.”