You are at:Home»Current in Zionsville»St.Vincent NICU reunion in Zionsville a special time for staff, families 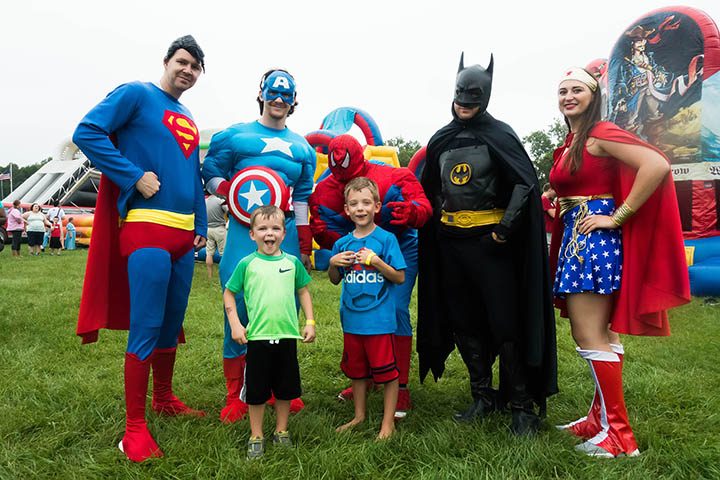 The neonatal intensive care unit at St.Vincent Indianapolis has a special place in Kathy Shreve’s heart.

Shreve’s son, Andrew, who was born at 26 weeks gestation, was in the NICU for nearly four months. He is now 7 1/2 years old and a second grader at Towne Meadow Elementary in Carmel. 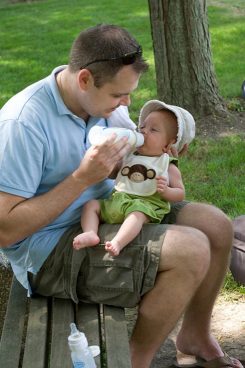 “He’s had a lot of challenges and therapy but he’s overcome them one thing at a time,” Shreve said. “He’s doing well in school. He has nice friends and he’s really smart. He’s getting there.”

Shreve’s son, Elliott, 5, was born at 35 weeks and spent a week in the Continuing Care Nursery.

So Kathy and Ryan Shreve and their sons made their annual trek from Carmel to the 18th annual St.Vincent NICU/CCN Reunion Aug. 20 at Lions Park in Zionsville. The event was for families from both St.Vincent Indianapolis and Carmel hospitals. The reunion featured bounce houses, face painting, carnival games and pony rides.

“We’ve come every year,” Shreve said of the reunion. “We missed one year when we drove because it was storming bad.”

This rain didn’t deter the family this year.

“(Andrew) has got a few friends that he sees here every year — three of them are triplets he goes to school with,” Shreve said. “It’s fun to come back and see the doctors. We don’t always find the same nurses.”

Shreve said every year the doctors can see how far Andrew has progressed.

Ariel Rudd, a St.Vincent Indianapolis NICU nurse who dressed up as Wonder Woman, said the event drew approximately 3,500 in 2015. However, the crowd was smaller this year because of rain.

Dr. Shaun Hicks, a neonatologist at St.Vincent NICU, said the event is like their Super Bowl.