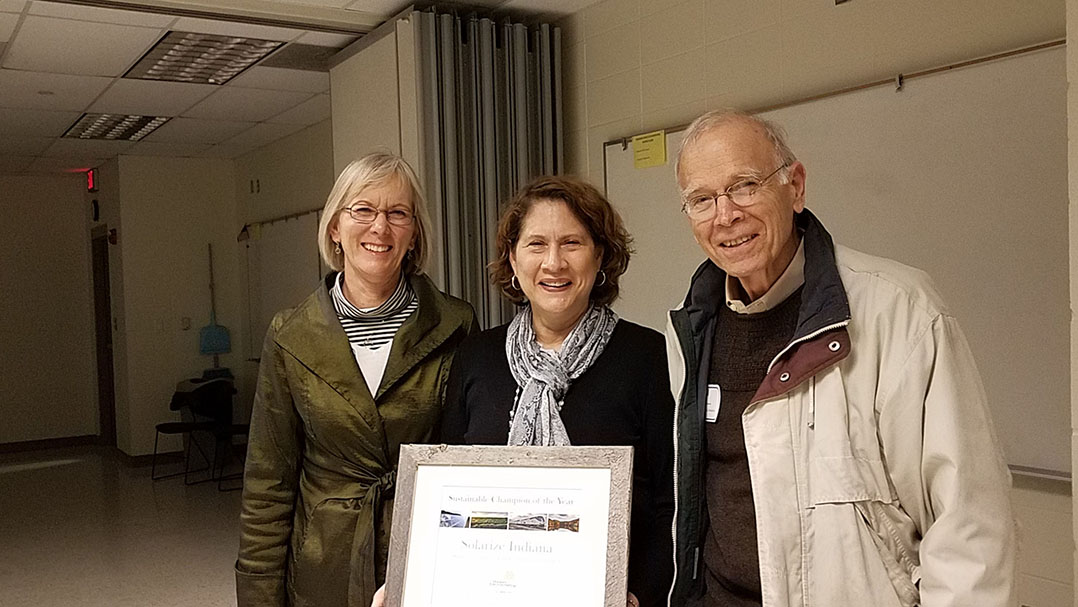 When Solarize Hamilton County realized Senate Bill 309 would reduce the benefits to solar energy users, the nonprofit took action, meriting its recent recognition of “Sustainable Champion of the Year.”

“When the governor signed it into law in May, we realized that because of that bill, that some people, to get the max amount of benefits from investing in solar, had to invest in solar before the end of the year, which is why we decided to start Solarize Hamilton County,” said Leslie Webb, president of the Carmel Green Initiative. “We think schools and churches and the community should have the right to harvest energy from the sun on their own property and get fair credit for energy or electricity.”

Solarize Hamilton County teamed with local mayors and presented at Carmel and Westfield public libraries on the benefits of solar energy. It also partnered with the cities of Fishers and Noblesville.

Solarize Hamilton County and the 12 other groups comprising Solarize Indiana received the “Sustainable Champion of the Year” award Dec. 2 from the Hoosier Environment Council.

“We’re just making sure the people who signed the contract to get solar installed this year get it done this year,” Webb said. “That’s so important, according to the bill. We are making sure all get done in time.”