You are at:Home»Current in Noblesville»Noblesville Community»Common council elects Jensen as new president

The Noblesville Common Council kicked off 2018 with its first meeting of the year by electing Chris Jensen as the new council president and Brian Ayer its vice president on Jan. 2. 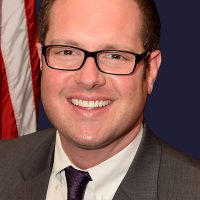 “I am excited for Chris and look forward to working with him and the entire common council in 2018,” Noblesville Mayor John Ditslear stated in a press release sent to Current. “Noblesville will continue its progressive trend in 2018, and we know our momentum will continue to make the community better and more prosperous.”

Jensen began his term on the common council in January of 2016. He served as the council’s vice president in 2017.

“I am looking forward to continuing the efforts the mayor, council and staff have initiated this past year,” Jensen stated. “We have several major projects that the city is progressing forward on, including improvements to infrastructure and the downtown district that I believe will see significant movement in 2018. Each of them will continue to benefit our community.”

The council also determined committee assignments for the year. They are:

The council also discussed meeting guidelines, adjusting only one guideline. Members of the public who attend council meetings are now asked to sit in the back of the council chamber if they have signs, so as not to block others’ views.

Some councilors also were also appointed to other plans and commissions. They include: