You are at:Home»Current in Carmel»Carmel Community»March aims to shed light on unexplained coaching changes at Carmel High School

Many members of the Carmel High School girls basketball team have been vocal about their support for former head coach Tod Windlan, who was dismissed from the program one week after school officials said he’d return next season.

Since his April 20 dismissal, Windlan’s supporters have organized a rally, started a GoFundMe campaign as a show of support and showed up en masse to voice their opinions at the April 23 school board meeting. But their next endeavor, a march set for 5 p.m. April 28 through downtown Carmel, aims to shed light on what they believe is a systemic problem. 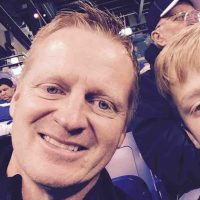 Bri Richter, a CHS senior and basketball team manager, and Amy Dilk, a senior on the team, are organizing the march from CHS to the Monon Trail and back to support their former coach, but they also want to draw attention to a bigger issue.

“It’s really upsetting for us to witness the people that really enjoyed their experience (with Windlan) to see this happen, especially when it’s happened with more than one sport at school,” Richter said. “We’re a school that’s supposed to have a great reputation for academics and athletics, but a lot of high school sports have politics involved with them, and there’s a lot of parents who have more pull than other parents do.”

After the school board meeting, several parents of basketball players indicated that only a few members of the team wanted Windlan removed and that those players allegedly bullied some of their teammates into speaking against the coach during the investigation. Some parents demanded answers, but administrators declined to elaborate on what they called a personnel decision.

Richter and Dilk said they are disappointed with how few details have been released, including to Windlan. They’ve been in touch with their former coach, who is still a physical education teacher at CHS. They said he’s not been given a reason for his dismissal.

Windlan did not respond to a request for comment, but his mother, Luana Windlan of Anderson, confirmed that the family does not know what led to the change. She said the situation has been “like a nightmare” for the family.

“They won’t give him a reason,” Luana Windlan said, adding that her son enjoyed coaching at CHS and working with people there.

CCS issued a statement April 26 that outlined some of the steps that led to Windlan’s dismissal. It stated that coaches are employed under a year-to-year contract and there is no expectation a coach will be rehired each year. It also stated CHS administrators conducted a review of the program that included interviews with athletes, coaches and parents.

“The review revealed that there were differences in opinion regarding the leadership provided by the head basketball coach,” it stated. “What became clear, however, was that the players and families involved in the program had become divided and the program could be adversely affected by that division. The administration determined a change in leadership was necessary.”

CCS has begun the search for a new basketball coach, but the march organizers are hoping their efforts will show CCS that Windlan is still the best candidate for the job.

“The thing we really want to see is him getting his job back and holding his job as long as he wants,” Richter said.

Dilk said Windlan is like a father figure to many girls on the team.

“The relationship he has with my teammates is much more than just basketball,” she said. “We’re trying to give back to him for all that he’s done for us.”

Windlan’s supporters have launched a GoFundMe page at gofundme.com/freewindlan with a goal of raising $1,000 to cover T-shirts, bracelets, posters and other materials for supporting the coach. As of April 26, it had raised more than $610. A petition at thepetitionsite.com/631/766/022/freewindlan/ showing support for Windlan had more than 750 signatures as of April 26.