You are at:Home»Current in Carmel»Carmel Community»CHS 2018 grad participates in Global Citizen Year, to travel to Ecuador

While most of CHS’s Class of 2018 will be preparing for college this summer, Carmel graduate Brinley Barton will be following a different path. She will participate in the Global Citizen Year program, traveling to Ecuador for a gap year. 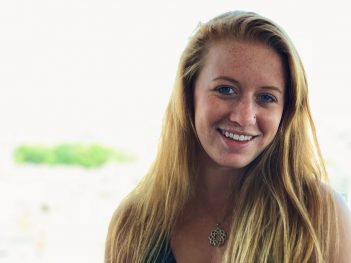 Global Citizen Year outlines a step-by-step process that includes fundraising, culture and language familiarization as preparation, and the six months in Brazil, Ecuador, India or Senegal.

Barton said when she heard about and researched the program, she decided to apply and was accepted.

“There’s so much to experience before college and it’s only a year, and I can gain so much from that that I wouldn’t normally learn in a classroom. Whatever your personal goals are, (gap years) help to lengthen that and help you take control of your education,” she said.

During her time in Ecuador, Barton will immerse in the Spanish language and local culture and participate in an apprenticeship program where she will gain experience in a choice field, which will probably focus on animal studies.

Barton said she is excited to learn new skills she likely wouldn’t learn in a classroom, on top of learning more about herself while exploring the Ecuador.

“The goals of the program are basically to create leaders who come out of the program,” she said. “You don’t know the language and the culture and you don’t know anybody going into it.  They become a lot more comfortable getting to know it as well as themselves.”

“It’s more of a year on than a year off, because you’re still learning, in a different way,” she said. “It’s a different side of learning and engagement that will help you in the future.”