Jack LaPaglia got some brotherly advice on achieving the rank of Eagle Scout.

“All of my brothers have been pushing me to get it sooner and sooner and just get it out of the way, because two of them waited until they were about to turn 18 to get it done,” Jack said. “They said you needed to get it done before you get older because you are going to have a job and not have time to do anything because of your job, school and other activities.”

Eagle Scout projects must be completed before the Scout’s 18th birthday.

When Jack, 15, received his Eagle Scout Award — Scouting’s highest achievement — at the June 29 ceremony at St. Maria Goretti Catholic Church and School in Westfield, he officially became the fifth brother to earn the status.

“My wife (Cheryl) warned me they might not all get it, but they kept plugging along and they all did it,” said Ward LaPaglia, the siblings’ father.

Cheryl said the brothers put more pressure on each other than she and her husband did.

Only 6 percent of all eligible Scouts nationally earn the rank of Eagle Scout.

“I knew I’d get it done, there was one doubt at first when I thought, ‘Do I want to go through this and get all the merit badges?’ But then in the end, I did,” said Jack, the youngest brother who will be a Westfield High School sophomore in August.

The bond is shared by the brothers and their father, who was the Scoutmaster for the first 18 years Troop 152’s of existence. The troop was established in 2000..

“There some things we can do together because we can all do it,” Jack said. “We all love camping and most families don’t.”

The five brothers range in age from 15 to 31. Matt, 31, graduated from Cathedral High School. Jason, Mark and Brian are Westfield High School graduates.

“Last brother, last Eagle in the family, I wouldn’t miss it,” Mark said.

Mark, 27, admitted there was a time when he had a small doubt he would gain Eagle status.

“I was rushing to get mine done in time because in high school I quit for four months,” said Mark, who completed his project approximately three weeks before his 18th birthday. “I was going through teenage angst. I was like, ‘I don’t want to be a Scout. My dad is the Scoutmaster.’ Then I snapped out of it and thought, ‘No, this is what I want to do.’”

Mark said his mother was the glue to the family, keeping the boys healthy and their uniforms clean.

“My dad really led us to the men we’ve become,” Mark said. “My dad always said it wasn’t Mom Scouts or Dad Scouts, it was Boy Scouts. He said, ‘Let the boys figure it out on their own.’”

Jason, 29, ran close to the deadline, too, completing his Board of Review six days before his 18th birthday.

“This is something we wanted to do. It really helped that dad was part of it for so long,” Jason said.

Matt, 31, finished his project a month before his 18th birthday. Matt said he did advise his youngest two brothers to get it done early,

Matt started with Troop 125 in Carmel before Troop 152 formed.

Brian, 23, was the youngest to finish his project.

“I wanted to get it done because I was in marching band,” Brian said. “I wanted to do Scouting without worrying about getting it done.”

Matt’s project was to make a place that people could drop off old U.S. flags to be retired. Matt contacted UPS and it donated a package drop box and had a local decal company make red, white and blue decals for the outside of the box. The drop box is in the front lobby of the Westfield Public Services Building on Dartown Road.

“Every month since he installed it, there are about 30 flags deposited into it,” Ward said. “The Scouts collect the flags and respectfully retire them at camp-outs in their camp fires.”

Jason’s project was to build new candleholders for the family’s parish, St Maria Goretti Catholic Church. He made six portable candleholders that altar servers carry during Mass and additional ones to adorn the altar during visits from the bishop.

The naturalist at Cool Creek Park wanted to be able to show students how composting food waste is beneficial not only by eliminating food from going to the landfill but also to show how worms compost scraps and turn them into fertilizer.

“He built a large puzzle box that allows students to see what food can and cannot be composted and once the puzzle was solved, they can open the box to see the worms doing their thing,” Ward said.

Brian’s project also benefited the parks. He built and installed a covered swing shelter along one of the paths in Koteewi Park in Strawtown. 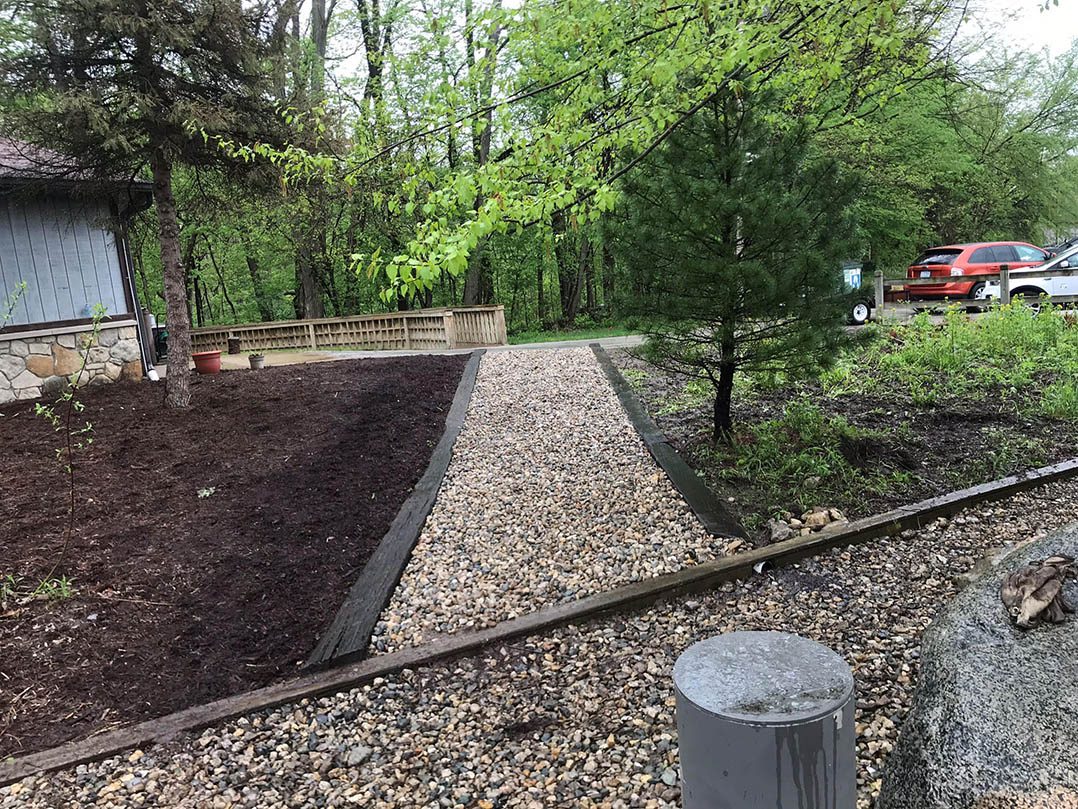 Jack’s project was a new trail at Cool Creek Park.

“When the naturalist returns to the Nature Center with a group of children after a nature hike, they would typically have to walk through the parking lot to get back to the building or cut across an area that had poison ivy growing in it,” Ward said. “Jack took that ivy-covered area and converted it into a railroad tie-lined, river rock-filled pathway, keeping the kids from venturing out into the parking lot and safe from poison ivy.”