You are at:Home»Current in Fishers»Fishers Cover Stories»Supplemental storage: Citizens Energy Group to use retired quarry as new, 230-foot deep reservoir

Citizens Energy Group is transforming a retired 230-foot deep limestone quarry on Olio Road near Geist Reservoir into a reservoir for supplemental storage.

Geist Reservoir was constructed in the mid-1940s. Since the 1960s, the area near Geist has been mined for limestone, sand and gravel by IMI. As IMI finished mining a section, Citizens Energy opened those sections as basins connected to Geist Reservoir to add volume for more water.

IMI has finished mining, and what remains is a 230-foot deep quarry, which Citizens will name Citizens Reservoir and fill with water. The reservoir will not be open for public use  but will as serve supplemental storage of 3 billion gallons of water for Geist Reservoir. Geist Reservoir’s average depth is 10 feet. It encompasses approximately 1,900 acres and holds 6.5 to 7 billion gallons of water, whereas Citizens Reservoir will only encompass 90 acres and hold half the capacity. 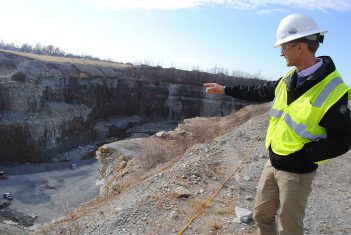 “We have been looking at it since the mid-’80s as a plan to utilize this quarry to be able to use as storage,” said Ryan Taylor, manager of purification plant engineering.

Citizens bought the quarry from Indianapolis in 2011.

“When we took over, we had a different perspective to use this particular structure, and instead of opening it up as a cove for boating, we could utilize it at its full capacity and depth,” Vice President of Water Operations Jeff Willman said.

A berm between Geist Reservoir and Citizens Reservoir will open to allow water to naturally flow in and out of the new reservoir. The design will allow the water to come in through a controlled manner, drop into a tunnel and fill the quarry from the bottom up to the same elevation as Geist Reservoir.

“The majority of the time, it will stay at that level,” engineer and project manager Bruce Cooley said. “(The reservoirs) will look connected, but they won’t be cut open and it will be secure (from public access). The water comes in through an intake, controlled with slide gates and screens to fill the quarry. Once the quarry is full, the water goes to a pump station through a tunnel on the opposite side (from the intake tunnel).

“The water will enter the tunnel from the bottom, go up a vertical shaft, and the pump station from here pumps it back around to that intake, all the way around the quarry, and that’s how it gets back into Geist (when needed).”

The reservoir is expected to be completed in December. Citizens officials said the new reservoir won’t drain Geist Reservoir because the intake station captures excess water, and staff will monitor intake flow. It will take approximately one month to fill Citizens Reservoir when it’s complete.

“This storage is a critical resource, primarily during hot/dry weather,” Willman said. “Your streams are feeding your treatment plants, but when you get into hot/dry weather, lawn irrigation goes up and supply goes down.” 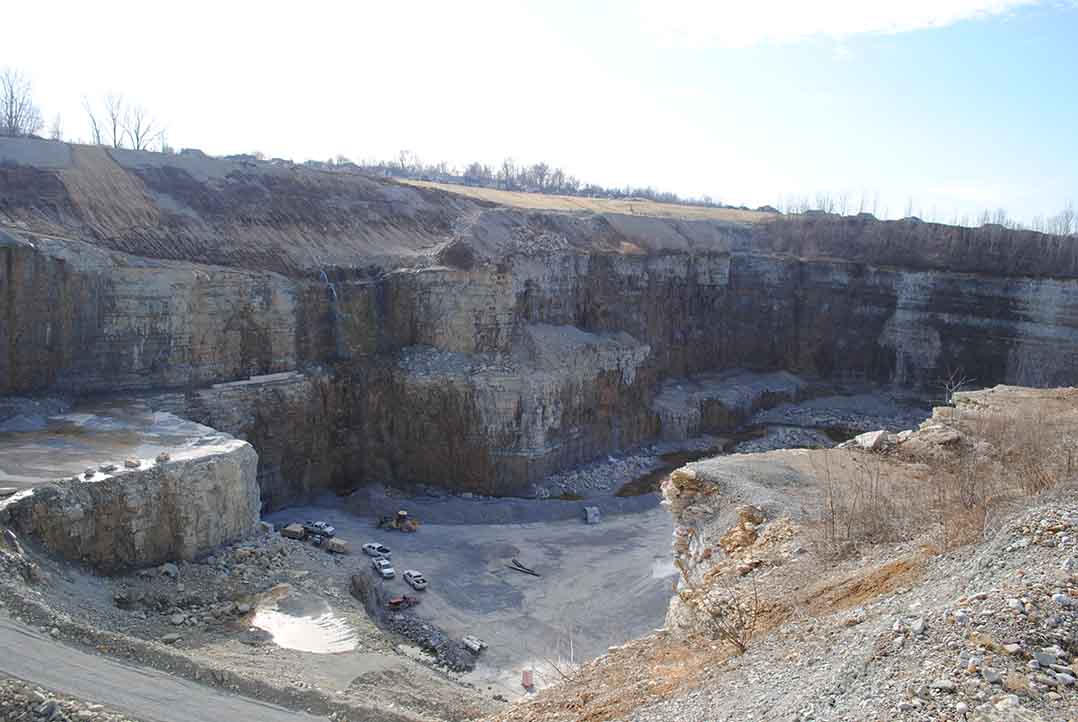 In December, Citizens Reservoir will be filled with 3 billion gallons of water. (Photo by Anna Skinner)

“This is less impactful from an environmental standpoint, and sometimes (quarries) struggle in reuse potential. Sometimes, they sit and linger and aren’t used for productive purposes,” Willman said.