A stormwater project is under way on Richardt Avenue in Lawrence. The project bid was awarded to Eagle Valley Construction.

The project’s cost is just above $2 million. It includes installing large-diameter storm sewer pipe between 47th and 48th streets on Richardt Avenue. A storm sewer pipe also will be installed east on 48th Street to Mitchner Avenue, where it will then connect to an existing storm sewer. 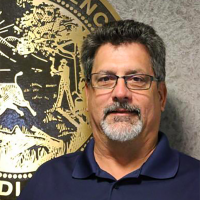 “Basically, it’s an improvement,” Utility Supt. Scott Salsbery said. “There’s a great, long history of drainage issue in that area. You get a good rain and those areas have tremendous back-up problems. Water builds up, and it takes a while for it to drain out.”

The contractor is finding existing utilities and removing trees. Phase 1 should be complete this fall.

Other Phase 1 items include installing a new storm sewer on Payton Street from 47th south to a dead end.

“There will be some intermittent lane restrictions and that kind of stuff, maybe some full closures,” Salsbery said. “The contractor will be responsible to put out advanced notice to the property owners and put required detour signage. There will be no full-time closures.”

Lawrence is busy with other construction projects as well, including hybrid ditch installations along 48th and 47th streets on the north and south sides of the street from Richardt west to Shadeland Way. There will be a new storm sewer on Atwell Drive from 48th to the dead end, and new storm sewers in Hartman and Sadlier Drives from just north of 46th Street to tie into the hybrid ditches on 47th Street.
A hybrid ditch is a roadside ditch with a large, perforated underdrain. Hybrid ditch inlets are raised so that stormwater soaks into the ground to get to the pipe.

“Then we have the 47th Street watermain project under way, which is watermain work between Richardt and Franklin on 47th Street, and it impacts all those side streets that tie into 47th Street between there,” Salsbery said. “That will be done toward the end of this year.”

The watermain project will not cause any closures.

“We are also starting the Brickhaven watermain project and have a pre-construction meeting coming up to get that project kicked off,” Salsbery said. “All in all, here in about the last year, we have probably launched well over $5 million in watermain improvements.”

City officials say improvements are necessary due to the high frequency of watermain breaks and failures as well as water quality issues.

“There’s discolored water complaints, rusty water, basically, and those mains are really old in that area,” Salsbery said. “Not only are they old, they are heavily built up with iron that has accumulated over the years.”

The older watermains are smaller in diameter. The new, larger watermains increase hydraulic performance and will provide more water for firefighters if needed.