Zionsville’s restaurant operators have learned to adjust to vastly different business models during the COVID-19 pandemic, and they expect to have to do so again soon.

Gov. Eric Holcomb recently said he expects to start loosening some of the restrictions outlined in his statewide stay-at-home executive order. Indiana restaurants sales have been limited to delivery, online orders and other forms of carryout, such as curbside pickup.

Kent Esra, who owns Cobblestone with his wife, Liz, said his restaurant has suffered an 85 percent drop in sales since the end of March, when Holcomb ordered all restaurants to stop dine-in service.

“Nobody could ever imagine something like this,” Kent said. “You hear talk about it, and, of course, they make movies about this. But, you know, I’m sure there are people out there who envisioned it, but not me.”

Like all restaurants across the state, Cobblestone has been forced to restructure its business model.

“Now that we’re closer to the end of this thing, where maybe we can start to see the light at the end of the tunnel, we are starting to try and get back into a more regular service,” Kent said. “The employees want to come back to work. Everyone wants to get going, but, obviously, we have to measure that with what’s going on with the pandemic, for sure.”

But Shari Jenkins, owner of Noah Grants Grill House & Oyster Bar and Salty Cowboy Tequileria, said she is waiting until at least June 2 before she reopens her restaurants to dine-in service. Although the restaurants will still be open for carryout, online orders and curbside pickup, she is concerned for the safety of her staff and customers. She said the restaurants have had reduced sales during the pandemic but added that customer support has given her the confidence that the restaurants’ future will be secure.

Esra and Jenkins look forward to reopening fully, but they said it has been nearly impossible to make specific plans for the gradual reopening of Indiana’s economy because they don’t know when it will happen. Holcomb has not given an exact date for when restaurants can resume dine-in service. But on April 21, he said restaurants and other businesses should start planning now.

Cobblestone had its best sales year in its 20 years of business in 2019. It had enjoyed several consecutive years of sales growth before the pandemic. Now that state officials have expressed optimism that the spread of the new coronavirus is slowing, Kent said he hopes the worst is past and that restaurants can soon gradually reopen.

Should restaurants be able to open to dine-in customers in May, Kent said he and his wife would look to optimize the restaurant’s space by separating customers, seating them at every other table to adhere to The Centers for Disease Control and Prevention’s guidelines that recommend 6-feet distancing between people during the pandemic. But even with the restaurant operating at half capacity, Kent said he is skeptical that it could make half of what it was projected to make in the summer months.

Jenkins said she spends each Monday, her only day off during the week, reevaluating the immediate futures of her restaurants. She said she based her decision not to resume dine-in service until at least June 2 based on feedback from staff and customers. Until that date nears, she said she does not have specific plans for a gradual reopening.

“There’s still six weeks between now and then,” Jenkins said on April 20. “There’s so much information we’re going to be learning, and if there are still as many deaths and cases as there are today, then it won’t be June 2. It will be when it’s safe for the community.”

In the meantime, Jenkins said she secured a PPP loan from the National Bank of Indianapolis to ensure her full-time servers at Noah Grant’s will be paid during the pandemic.

“Even though they are not working, I needed my servers to know they had a job come June,” Jenkins said. “These people are the heart of Noah Grant’s. Everybody is so messed up right now and turned upside down, and everybody is affected by this.” 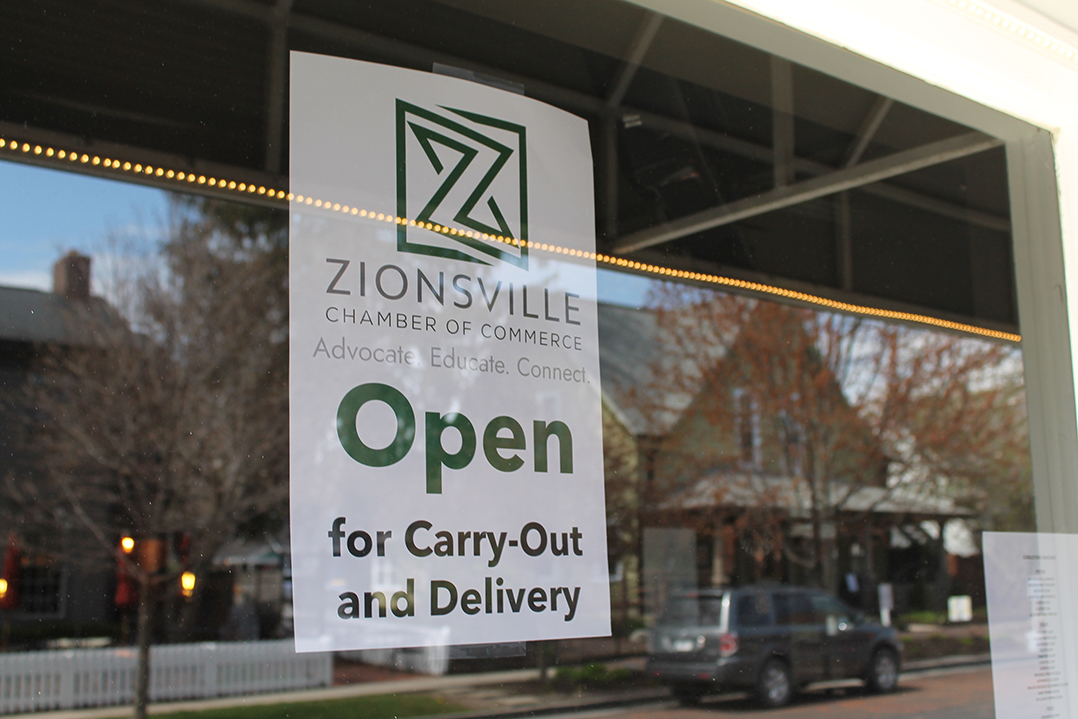 Customers pack Noah Grant’s before the start of the COVID-19 pandemic.

How to place orders

Cobblestone initially stayed open Mondays through Saturdays at the start of the COVID-19 pandemic, but decreased sales and the threat of exposing customers and employees to the new coronavirus forced Kent and Liz Esra, the restaurant’s owners, to change hours to Tuesday through Friday. Now, Cobblestone offers curbside pickup of family meals, limited grocery items as well as wine, beer and spirits from 3 to 7 p.m. To order, call 317-873-4745 during operating hours.

Salty Cowboy Tequileria has started selling margarita kits so that adults can recreate some of the restaurant’s margaritas. To order a kit or food from the menu, visit saltycowboytequileria.com. Salty Cowboy is open from 4 to 8 p.m. Tuesday through Saturday and from 4 to 7 p.m. on Sunday.

To order from Noah Grant’s Grill House & Oyster Bar, visit noahgrants.com and place an order during operating hours, from 4 to 8 p.m. Tuesday through Sunday.