Although it missed some of its youth sports season due to the COVID-19 pandemic, Grand Park is in the process of reopening some of its facilities.

The sports complex closed March 2 and reopened May 22.

“We are reopening with some small activity on the (baseball) diamond side and some additional activity by Indy Eleven on the field sport side,” Grand Park Director William Knox said. “It’s good to get to a point where we are able to open up at a small level and extend that next week.”

During the complex’s closure, Grand Park served the community in other ways.

“First and foremost, we did have some cars in our lot from the local Westfield branch Enterprise Rent-a-car,” Knox said. “They had a difficult time (storing cars) during this period with no travel and the stay-at-home order.”

Enterprise was able to park its cars at the Grand Park campus when all of its inventory returned at the same time. The vehicles have since returned to Enterprise.

“Hopefully, they’re starting to see some activity so that branch can get back to normal operation,” Knox said. “It was a good opportunity to help out a Westfield business during this time.”

The Grand Park Events Center also served as a location for Student Impact to prep and deliver food through the Westfield Food Rescue program to students in need in the Westfield Washington Schools district. The sports complex also served as a distribution center for the Shepherd’s Center of Hamilton County. Most recently, Grand Park became a COVID-19 testing facility and will continue to do be for the next few weeks.

Although much of the state will return to its new normal July 4, the City of Westfield will not conduct its annual Westfield Rocks the 4th Fourth of July celebration this year, which is typically held at Grand Park.

In addition to reopening, Grand Park also is partnering with IUPUI to lead a COVID-19/youth sports research study.

“This was a unique opportunity for us to partner with the IUPUI Sports Innovation Institute,” Knox said. “The gist of the survey for us is to understand what enhancements we need to make here on campus in order for people to feel safe when they return to play.”

The survey was expected to draw 600 to 700 responses but received 11,000. The survey closed May 22, and the findings should be reported soon. 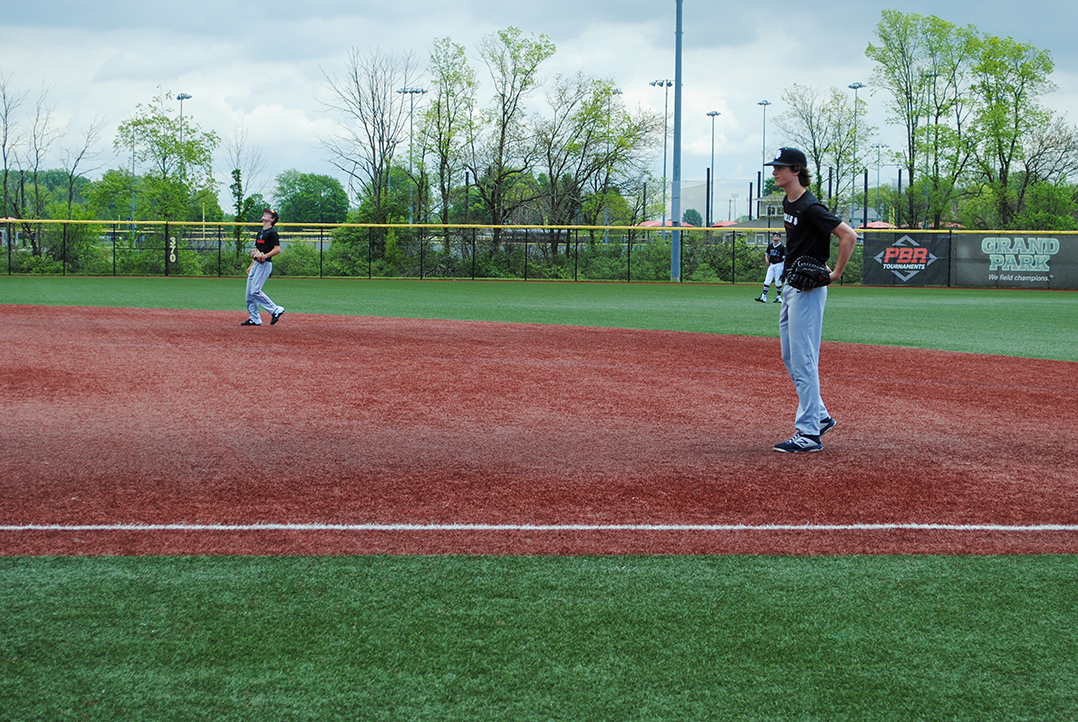 Grand Park has begun to reopen some of its facilities. (Photos by Anna Skinner)

Westfield Mayor Andy Cook said although the entire community took and an economic hit with the temporary closing of Grand Park, he sees signs of a rebound.

“Just like all communities across Indiana that have lost an economic driver, ours happens to be Grand Park and its industry in hospitality,” Cook said. “I know our restaurants are anxiously awaiting some more business now (that) we are opening Grand Park. We had a lot of following from our hospitality industries through this whole time, and our big job now is convincing the public that not only is Grand Park a safe place to visit, but also our restaurants and hotels will be safe.”

Grand Park is estimated to have lost approximately $1 million in direct revenue because of the pandemic. The park realigned some of its contracted services to soften the impact.

“Given we are in the sports tourism industry, it’s common we travel out of market to promote the campus, so we have reeled in all travel for the rest of the year,” Grand Park Director William Knox said. “Naturally, because we didn’t have activity, we had a huge savings from our utility costs. A lot of those things factored into cuts we were able to make to keep us on track.”