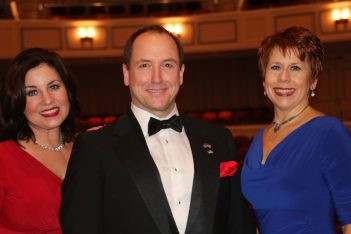 Carmel-based Actors Theatre of Indiana announced July 28 it has decided to cancel its 2020-21 season due to concerns for performers and the audience during the coronavirus pandemic.

The season was scheduled to begin with  “Always….Patsy Cline,” Sept. 4 to 27 at the Studio Theater at the Center for the Performing Arts in Carmel. The Studio Theater is the smallest of the Center’s three venues with a seating capacity. Other shows canceled include “Lombardi,” which was set to begin Oct. 30 and “The Big Bang: The Musical” and “Damn Yankees” in 2021.
“We are very disappointed to have to make this decision, but we feel it is the right thing to do as our country continues to try and defeat this potentially deadly virus, COVID-19,” stated Jim Reilly, executive director of Actors Theatre of Indiana. “This was not a decision that was made lightly. The artistic team spent many, many hours pulling together numbers and reviewing the regulations that the state of Indiana and the other performing artists organizations have placed upon us regarding social distancing and the reduced seating capacity in the theaters.”
Carmel Mayor Jim Brainard said public safety is the top priority for any event set to be held in the city.
“We want to stay safe so that we can all gather together in celebration of the Actors Theatre of Indiana next year,” he stated. “While it is very unfortunate that one of the community’s favorite performing groups has to cancel their live, in-person shows due to safety concerns related to the pandemic, we must do what is in the long-term best interest of the community and the performers.”
According to a news release, ATI will focus on a variety of other opportunities, including small-scale shows, outdoor events, fundraisers and virtual productions of “From Our Homes to Yours,” which have been produced for Friday night Facebook viewers since March 20.

Don Farrell, one of the three founders of ATI along with Judy Fitzgerald and Cynthia Collins, said ATI weighed many options and concerns before making the tough decision to cancel “Always…Patsy Cline” and reschedule it as the potential opener for the 2021-22 season. ATI had already decided to cancel the other shows, but since Fitzgerald and Collins were the only cast members in the play about country star Patsy Cline, the company members thought it might be doable initially.

“We are very disappointed to have to make this decision, but we feel it is the right thing to do as our country continues to try and defeat this potentially deadly virus, COVID-19,” said Jim Reilly, executive director of Actors Theatre of Indiana. “This was not a decision that was made lightly. For the past four months the artistic team have worked to find a path that would allow us to produce a more typical ATI season.”