You are at:Home»Current in Westfield»Westfield Cover Stories»Raising the curtain: Westfield Playhouse moves to new downtown facility

Paul Estridge Jr. knew little about the business of community theater when Westfield Playhouse board members John Sampson and Tom Smith asked him to give his thoughts on renovating the more than 150-year-old home of the theater.

Estridge, president of Estridge Homes, knew immediately it would not be wise to sink more money into the building on Ind. 32, which was originally a church.

Estridge decided the time was right to talk with Westfield Mayor Andy Cook and city leaders to see if there was an appetite to have a theater in downtown Westfield.

Former Westfield City Councilor Jim Ake helped the organization get approval from the council for funds and the land downtown.

“It went through the city really fast because no one was against it,” said Smith, a former Westfield City Council member. “I’ve never seen anything like it.”

“We built it for no fee, so our whole company lent its expertise in construction management to the project,” Estridge said.

Westfield Playhouse, which is operated by the nonprofit Main Screen Productions, will open Aug. 14 with three performances of “The Monologue Show,” a youth production. The first 2020-21 production, “Hedda Gabler,” is set to run Sept. 24 to Oct. 4. The playhouse, which is in a building with more than 6,000 square feet and a capacity of 160 at 220 N. Union St., was finished in late July.

“Our foundation has always felt its primary mission was to build community in everything we do,” Estridge said. “From Day 1, we have invested our assets into different projects that serve the community. It kind of goes hand-in-hand with our background of being builders. It allows us to see the extended impact of building community. We believe the more you build community, the more you create venues and places for people to gather and enriches people’s live.”

“The area is walkable, and that’s one of the key things today is walkability from dining and entertainment,” he said. “You got the restaurant district, the park and the new theater. You got a lot of cool things happening.” 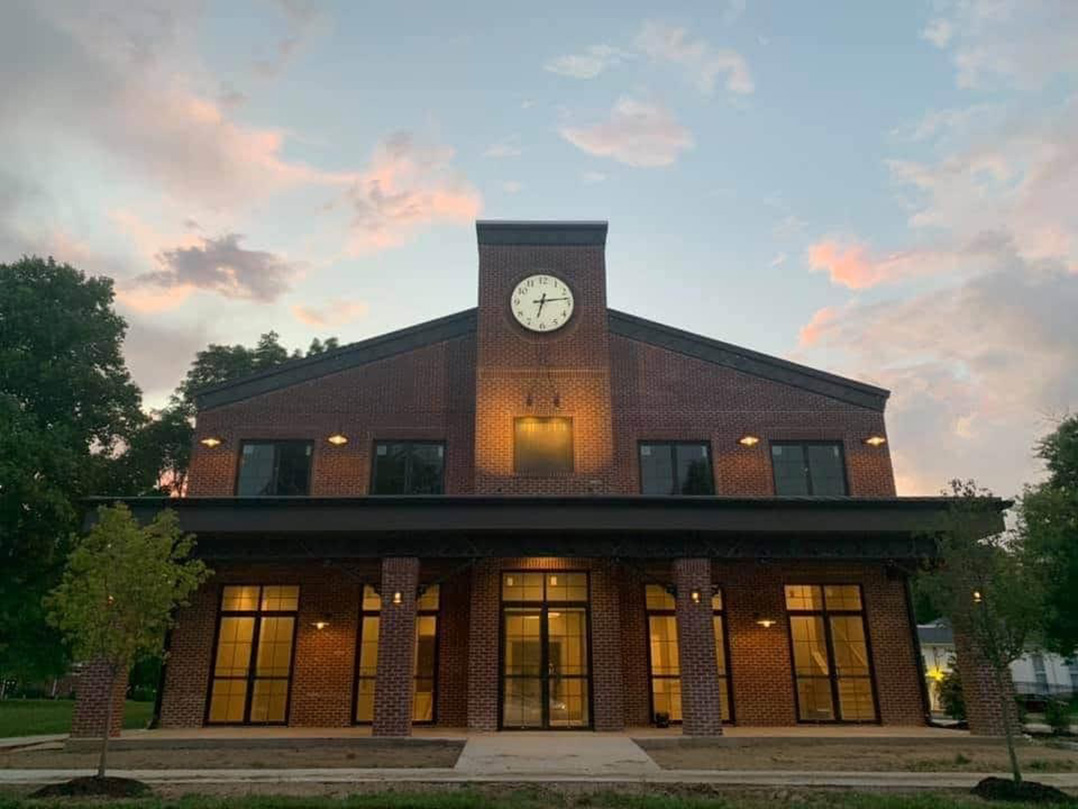 Westfield Playhouse will open with “The Monologue Show” Aug. 14.

A 1976 Carmel High School graduate, Estridge has lived in Westfield for 31 years and in the same home for 26 years.

“Our children have all gone to school here, and we love it,” Estridge said. “We chose Westfield because it reminds me of the Carmel that I grew up in. I would say this about Westfield, it’s more home cooking than formal wear.”

Estridge said he doesn’t think he’ll ever appreciate the theater as much as people who have been part of the playhouse.

“I’ve always loved it, but the business of putting on plays was foreign to me,” he said. “Tom and John helped me a lot to understand what was necessary, and we applied our knowledge of creating space. It’s important to recognize the fact that there has been hundreds of thousands of dollars of time and materials by different vendors in the marketplace.”

Custom Concrete and Westfield Steel contributed to the playhouse, which has suffered some delays.

“The pandemic affected everybody with material deliveries,” Estridge said.

Some of the delays happened before the pandemic.

“The commercial theater code was new to us,” Estridge said. “There is a completely different fire code and things like that.”

Smith, who retired as an FBI agent in 2006 and then worked as a private investigator, became a board member in January 2017.

“All I had under my belt at that point was six months of acting experience,” Smith said. “I was looking around, and there were hundreds of years of acting, directing, sound, set building (experience). They knew everything about it, what do they need me for? The only thing I could think to do something about was the building. I knew Paul back when I was (on the) city council in 2010. I said, ‘Would you look at our building?’ That was all there was to it.”