Most runners consider a good pair of shoes a necessity, but not Loy Hetrick.

The 63-year-old Carmel resident runs barefoot 6 miles or more nearly every day. Rain, snow and cold don’t deter him, although when it drops below 20 degrees, he’ll put on a pair or two of socks.

For most of his life, he never would’ve thought running barefoot would become his hobby.

“My wife would tell you I was the world’s worst tenderfoot,” Hetrick said. “I didn’t want to go shoeless at all, but now I’m running every day without them.”

Hetrick’s running style has caught the attention of curious neighbors and passersby for years, but it’s not his only claim to fame. A trombonist, he has shared the stage — shoes on — with some of the greatest performers of the 20th century, and it was his love of music that started him running in the first place.

Hetrick, who grew up in eastern Nebraska, began playing the trombone at age 10 in the junior high band. The son of two singers, he grew up wanting to become a professional musician. 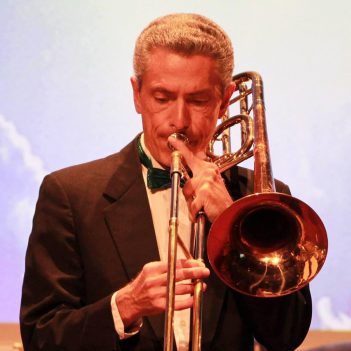 Loy Hetrick has played in bands that performed with Aretha Franklin, Barry Manilow and Frank Sinatra. “There’s some great band music and great orchestra music that involves trombone,” he said. “When the music gets exciting and loud, it’s partly because the trombones are in.” (Submitted photo)

“I thought maybe I wanted to play one of the cool instruments, (like) the trumpet or the drums,” Hetrick said. “My band director, who was a very wise man, looked at my mouth and the way my teeth were formed and said, ‘You’re a trombone player.’”

Turns out he was right. Hetrick continued learning the trombone through secondary school and continued his studies at the University of Nebraska. In 1983, he began pursuing a graduate degree at Indiana University, which at the time had one of the nation’s best programs for trombone, Hetrick said.

Since earning his master’s degree, Hetrick’s career has included teaching, directing bands and performing with orchestras and bands. He’s played in the horn sections for live performances by Arethra Franklin, The Temptations, Frank Sinatra and other renowned artists.

“We used to do the Christmas show tour all over the United States with Andy Williams,” Hetrick said. “Not a lot of that now occurs, because a lot of those singers are gone.”

Now, Hetrick serves as the director of bands with Colonial Christian School. He also gives private lessons and makes studio recordings. Much of his live performance schedule has been decimated by the COVID-19 pandemic and its limitations on crowds and gatherings.

Still, Hetrick is thankful to have made a career in the music business.

“I have enjoyed it very much,” he said. “I’m very blessed to be able to do for a living what I love to do.”

It was nearly 40 years ago that Hetrick’s passion for music sparked his interest in running.

“A few friends and I were intrigued on what running might do to help our lung capacity and our breathing, so I took it up with that in mind,” Hetrick said. “It also ended up being a good way for me to focus and be pretty healthy. It allows me to think and pray and work through the day.”

Hetrick said running made a noticeable difference in his ability to play the trombone, so he kept at it. He’s completed eight marathons — including the Boston Marathon — and various other races through the years, but for the last decade he’s preferred to run on his own.

“I was really interested in going fast when I was younger, but now that I’m older, I’m just glad to be going,” he said.

Around the same time, he eased back from competing in races. He read “Born to Run” by Christopher McDougall. A section of the book outlined the benefits of running barefoot, so he decided to give it a try. It didn’t take long for Hetrick to notice a difference.

“It’s easier on your joints, feet, ankles, hips and back because it teaches you to run a lot more lightly and it improves your form,” he said.

Hetrick said he no longer suffers from many of the common running injuries that used to plague him, although he’s had to adjust to others — such as bee stings and cuts on the bottoms of his feet.

“You learn to be watchful of your running surface, but I run on just about any surface,” Hetrick said. “There is one particular spot on the ball of my left foot that will pop open if I hit a sharp rock or piece of glass or something, but I’ve found once I get home if I apply superglue gel, then I’m good to go the next day.” 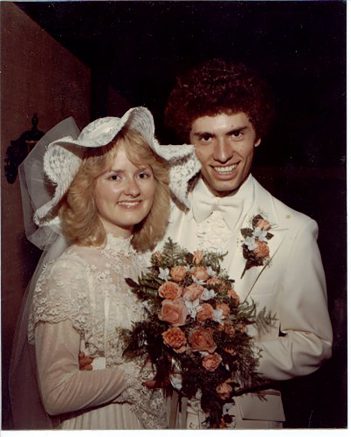 Loy Hetrick met his wife, Cynthia, in the same junior high school band that set him on his career path as a professional musician.

An alto saxophone player, Cynthia sat in front of the trombone section.

“We jokingly say I’ve been annoying her ever since then,” Loy said.

The couple married in 1979 and moved to Indiana for Loy’s graduate studies. Once that was completed, they moved to Indianapolis in 1986 before ending up in Carmel in 1993.

“We were trying to stay in Washington Township (in Indianapolis), but we found the cost of living and housing was cheaper in Carmel,” Loy said.