Shaylah Barratt discovered Girl Scouts wasn’t for her in fifth grade and decided to quit.

“We didn’t do any of the camp-outs that the boys do,” said Barratt, who recently completed her freshman year at Noblesville High School.

“Our troop goes camping once a month, which is different from Girl Scouts,” she said. “I like to go hiking.”

Barratt said she found more opportunities to lead than in Girls Scouts.

“In Scouting, we get to learn how to be a good leader,” Barratt said.

Since joining, Barratt has worked to get all the merit badges needed to qualify for Eagle Scout and is working on her project now.

“I only have one badge (personal management) to finish along with my Eagle project,” said Barratt, who is seeking to become one of the first female Eagle Scouts in Hamilton County. “I’m trying to get Eagle Scout by August or September.”

Because of the COVID-19 pandemic, water fountains shut down at schools, so schools replaced water fountains with bottle-filling stations. Barratt discovered many students can’t get a drink at school because they don’t have water bottles. So, Barrett’s project is to provide reusable water bottles for students who need them. Barratt said she also is collecting lunch boxes to help children in need.

So far, Barratt has collected 240 each of water bottles and lunch boxes.

Barratt’s project is assisted by Hinkle Creek Elementary teacher Kristina Trusty, who works with Fueled for School, a nonprofit that feeds students in need in Hamilton County. Fueled for School will distribute Barratt’s water bottles and lunch boxes.

“Fueled for School does weekly food service for kids, and I usually help out with getting snacks placed for those kids,” Barratt said.

Businesses that have contributed to Barratt’s project so far are Riverview Health, Noblesville United Methodist Preschool, Reggie’s Autoworks and Dr. Ryan Jay, DDS. Donations can be arranged by contacting Barratt at eaglescout1920@gmail.com.

Barratt’s mother, Shannon, said the boys and girls troops work independently of each other. 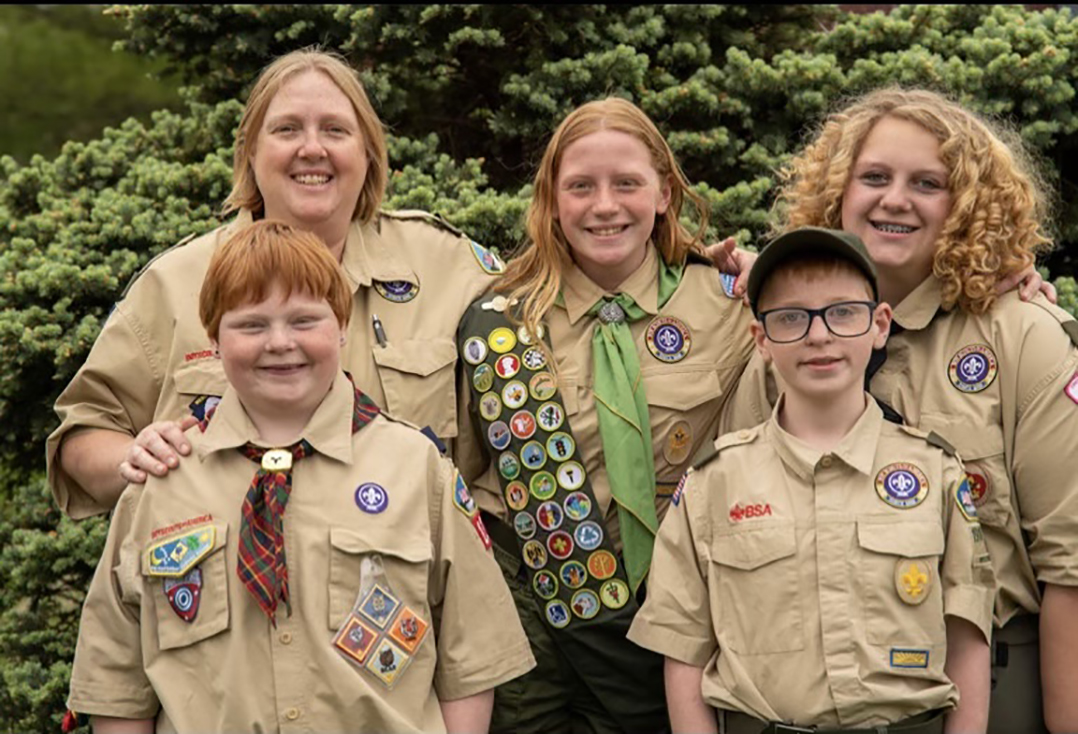 Barratt family, bottom from left, Philip and Spencer and, top from left, Shannon, Jenna and Shaylah.

Barratt’s twin 11-year-old sister, Jenna, and brother, Philip, are in the linked troop. Her youngest brother, Spencer, is 10 and is a Cub Scout in Pack 129.

Shannon was a Girl Scout leader before becoming involved with Cub Scouts.

“I have been a den leader and the committee chair for Pack 211 in Noblesville,” she said. “I am now the advancement chair for Troops 1910 and 1920. My husband, Duane Barratt, was a Boy Scout but never made it to Eagle rank.” 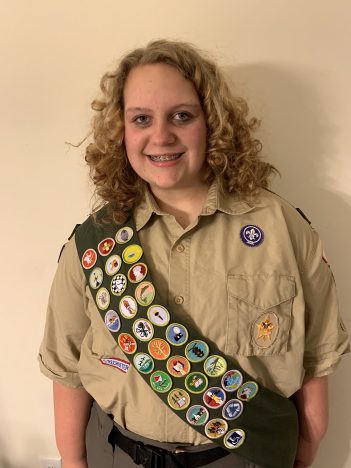 Ideal vacation spot: On the beach