“When the first cast that Oprah Winfrey presented, I had the opportunity to go see it in Broadway in New York City with my family,” said Randle, a 2007 Lawrence Central High School graduate who was in middle school at the time. “That was one of the first Broadway productions I ever saw. It was great to see people who looked like me and people of color to be performing. You don’t often get to get to see an all-Black cast.

“It was a very powerful thing for me at a young age. It tells a powerful story as well.”

Randle is now set to perform as Nettie in Civic Theatre’s production of “The Color Purple,” set for Oct. 8 to 23 at The Tarkington at the Center for the Performing Arts in Carmel. The presentation features the first all-Black cast of a Civic Theatre production since 1988 when it staged a version of “Guys and Dolls” in Indianapolis.

The musical adaption of the Pulitzer Prize-winning book spotlights Celie, a down-trodden young women whose personal awakening through the course of 40 years forms the center of the plot. “The Color Purple” was made into a 1985 movie featuring Winfrey.

“It exudes sisterhood and the relationship she has,” said Randle, who is an assistant principal at an Indianapolis middle school. “I don’t have a sister in real life, but I have an older brother. I’m the baby of the family, and in the show I also play the baby. I’m looking to embody what it looks like to have that relationship with a sister. I’m close to my brother.

“Also, Nettie wants to be a teacher. I taught in the classroom for seven years and went on into administration.” 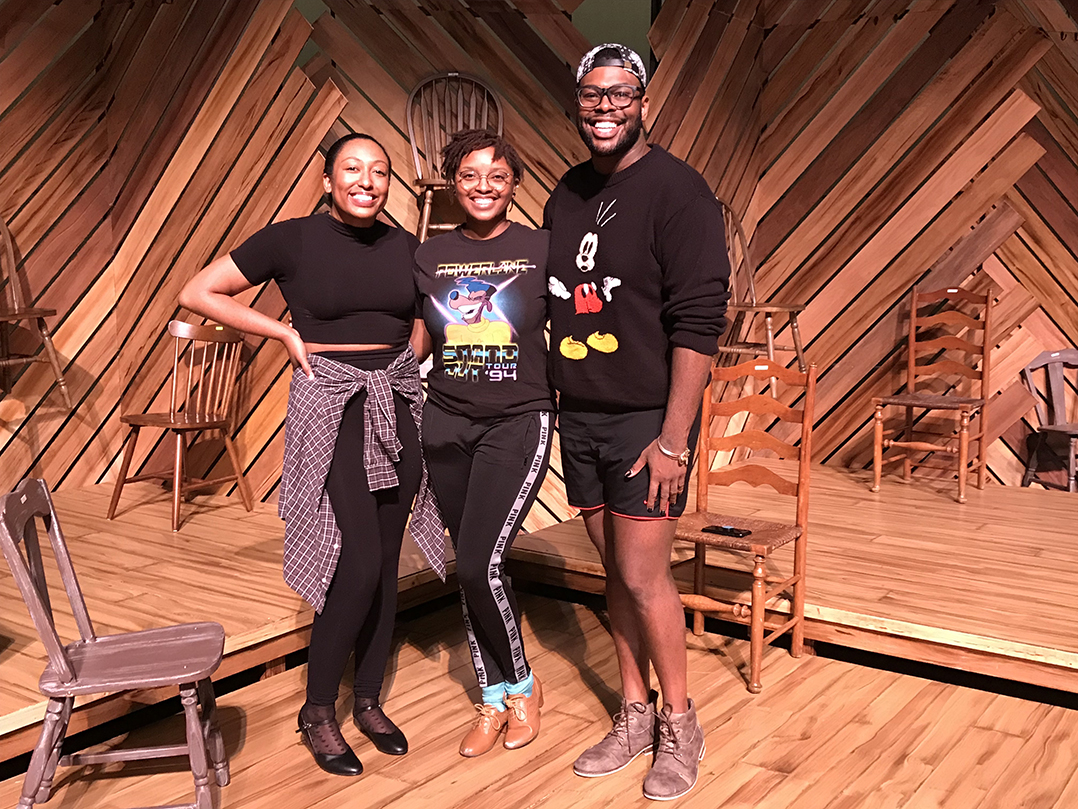 “I had seen the movie before and seen the Broadway revival of it with Cynthia Ervio,” Ludlow said. “I’ve always followed Cynthia Ervio’s career and thought it was a fantastic role to play. Celie is just an interesting character to play. There are a bunch of characters. It’s mostly having to separate myself from the character of Celie emotionally. In the show, Celie is beaten down verbally and physically and mentally. It’s definitely a challenge to go home after being so engrossed in the script. She is always told she is ugly. We all have our own insecurities and I know I have mine as a person, especially being an actress.

“It’s hard to go home and separate myself form that.”

“I’ve seen the movie several times,” she said. “It’s really heavy content, so I wasn’t allowed to watch when I was young. I’ve not seen it on stage before, only YouTube clips of it. Normal human nature is (to) turn your nose up at the thought of the other woman. It’s been fun to tell that story on stage of the other woman. It gives the mistress a human side.”

“I’m just glad to be a part of that groundbreaking moment,” she said. “Hopefully, we’ll see more of that in years to come.”

Jonathan Studdard plays two roles — the Preacher and Ol’ Mister. He also is part of the ensemble.

The Indianapolis resident had played the title role in “The Cat in the Hat” several times at Civic.

Studdard, who grew up in Carmel, performed as the Preacher and in the ensemble in a version of “The Color Purple” on a regional tour several years ago.